Goon Squad “Lights Up” opponent in week one win 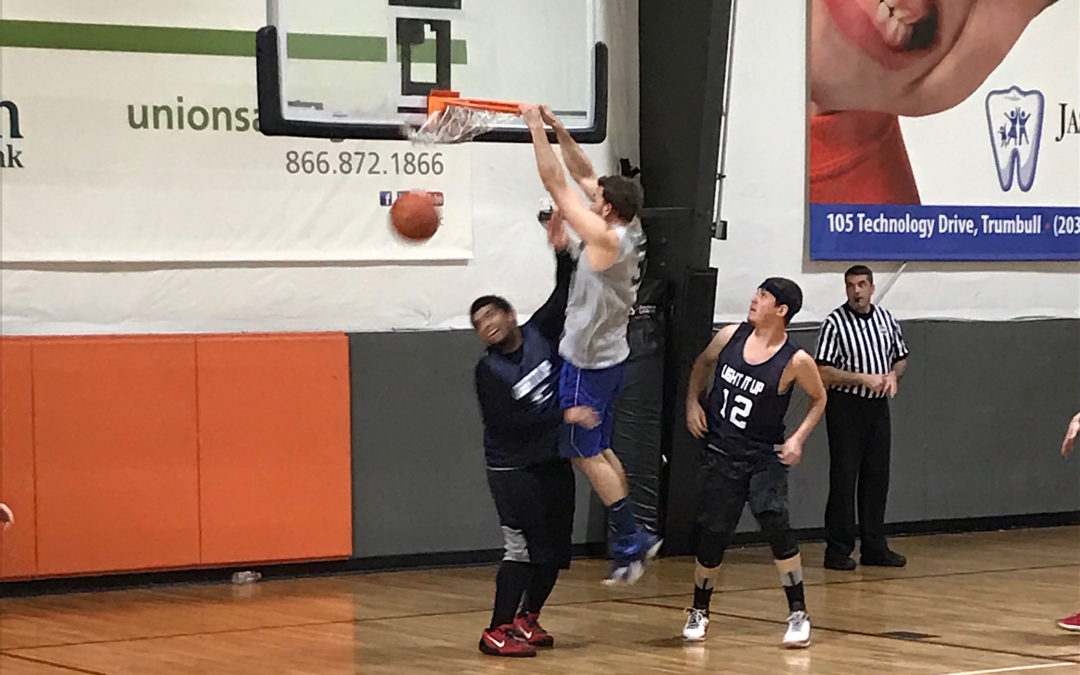 The Goon Squad and Light It Up met Tuesday night in the second day of league play. Despite an impressive comeback effort late in the game by Light It Up, The Goon Squad dominated the entirety of the game, coming away with the 71-35 victory.

The Goon Squad’s dominant performance began from the tip-off as the squad opened on a 19-3 run. DJ Ellis and Chris Folsom lead the team with 16 points as the team shot a respectable 48% from the field. Light It Up on the other hand shot an unimpressive 21% and only had one player score in double figures.

“They actually kept themselves out of the game by taking an ungodly amount of threes,” Justin Green of the Goon Squad said. “They took more threes than two’s and layups and everything else, so they helped us and we got the rebound and just ran.”

Devin Luzietti was truly the only impact player for Light It Up as he finished with 15 points, shooting an even 50% from the field. Light It Up’s upcoming game against Stranger Danger next Monday at 9 pm, they must focus on improving their offensive efficiency as well as defensive presence.

The Goon Squad will have a tough matchup against Cereal Killers next week, who defeated Sportslook 70-64. If they want to truly make a name for themselves, they must beat the top-tier teams in this league such as the Cereal Killers.