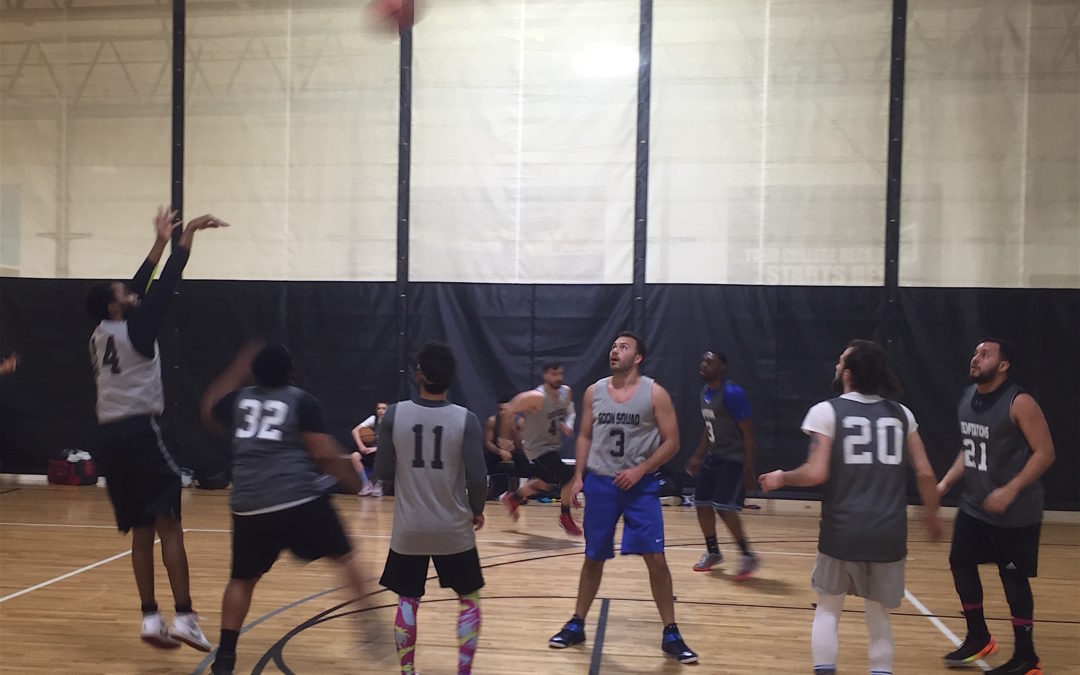 In an upset game, Goon Squad, helped by their impressive defense, broke Temptations undefeated streak by the score of 72 – 58.

“Feels good man, we played great defense today. That’s always been our focus and we really pulled that off, and that turned into our offense.” Goon Squad’s Justin Green  said.

Goon Squad’s defense was a major influence in their win. Going into this game they knew that they had to guard Carmine Santorelli of Temptations, who averages over 40 points per game, and broke the record for most points scored in a game earlier this season.

Today was not that day for Santorelli though. Goon Squad’s tight defense on Santorelli limited him to a measly 8 points and only 5 assists, another low for him.

“Really a box in one, or a triangle and one. Minus that it was just tough defense, team defense really,” Green said.

It was a balanced offense for Goon Squad that helped them achieve victory as well. Matt Marconi led with 16 points, followed by DJ Ellis with 14 points, closely followed by Chris Folsom with 13 points.

Going into the fourth quarter leading 57 – 48, Goon Squad decided to slow things down a bit. It turned out to be a very smart strategy. Goon Squad would come up the court slowly and once they crossed half they would pass and dribble the ball, sometime for up to 30 seconds, until they found the right opportunity to either drive to the basket or shoot an easy field goal.

“The funny story is, half the team decided that, and you saw in the second half we kept playing. We didn’t really want to slow the offense down too much just in case they came back, but it worked out,” Green said.

We can expect Goon Squad to move up in the power rankings this week. They have had a tough schedule and were the under dogs in tonight’s game, but were able to overcome the odds and defeat Santorelli and the rest of Temptations.