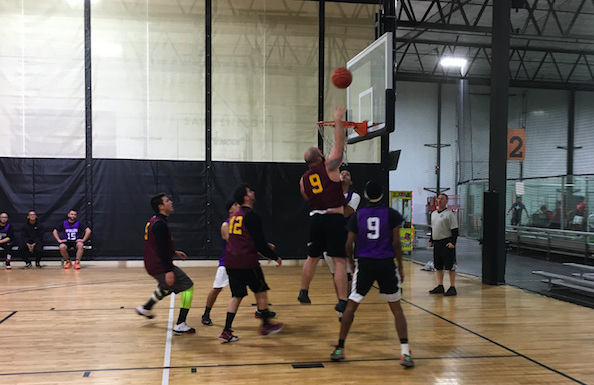 Whenever the Air Ballers are on the court, the other team always seems to put on a clinic, and that is exactly what Goon Squad accomplished in week six of the Legacy Leagues.

With two new recruits suiting up for the Air Ballers, things looked a little different entering the game. However, it did not pay off as Matt Marconi and Goon Squad marched to a 64-43 win.

The Air Ballers continue to look like the weakest team, and even though I pick them for an upset every other week, it does not pay off. No one can facilitate the ball to Jaylon Smalls, or put the ball in the net unless your last name is Smalls. He ended up with a quiet 20 points going 4-for-11 behind the arc.

Goon Squad is currently on a three game winning streak, now with a 5-1 record which is tied for second place with two other extremely competitive teams. Goon Squad got off to a sloppy start, turning the ball over every other possession, but when the second half started they put it into gear and showed the weakest team in the league what they were made of.

“We did the same thing last week, and it seems like we do it every week: we come out too slow,” Marconi said. “In the fourth quarter, we picked it up and put pressure on them, and got a lot of steals that ended up turning into fast breaks.”

Marconi had a slow start in the first half and was definitely complacent at times, but he let the ball come to him and he finished off with a solid 26 points on 11-for-19 shooting. He also snatched nine rebounds.