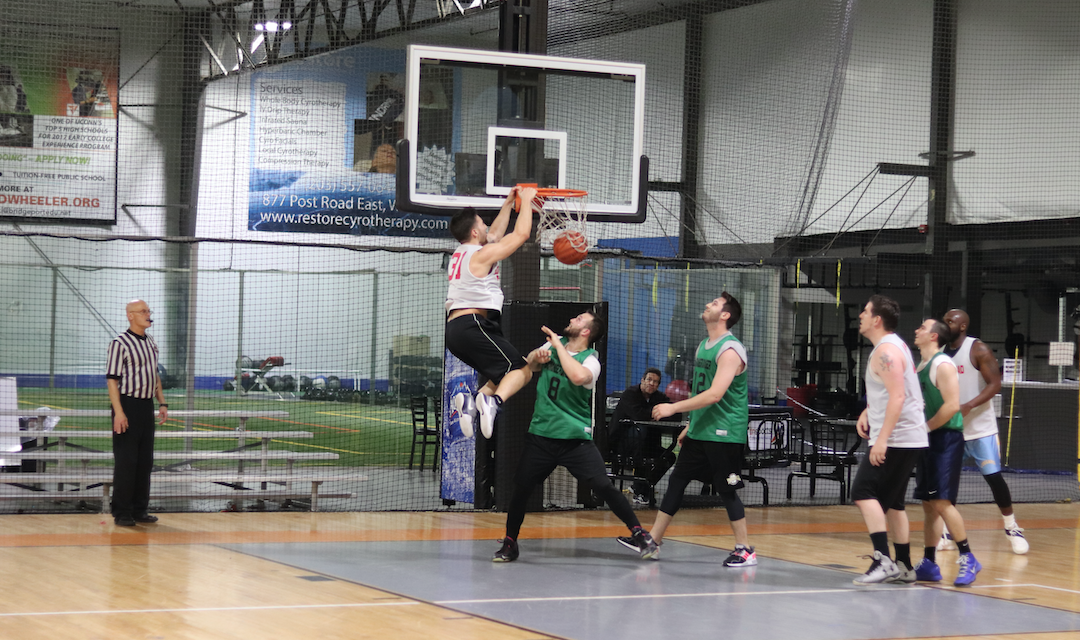 On Tuesday night, Goon Squad and Stranger Danger were neck-and-neck all game, and four quarters were not long enough to settle it. In overtime, Goon Squad pulled away in the extra two minutes, winning by three, 80-77.

Goon Squad,even with the absence of Matt Marcorni and Scott Corchard, still moved the ball swiftly, getting everyone involved down the stretch. Dom Migliaro led the team scoring 24 points, while Brandon Massaro, Chris Folsom and Dj Ellis combined for an additional 48 points. Ellis also dished out six assists and had five steals. The quick bucket in the opening tip off of the overtime period sparked Goon Squad toward the win.

For Stranger Danger, Matt Zocco kept the team in it with a big three late in the fourth quarter. He scored 28 points and shot 57.1 percent from three. Joey Zocco was also hot from downtown, adding 21 points. Stephen Casatgna and Tyler Feldman were solid in the paint, combing for 25 rebounds. Stranger Danger had the last shot with chance to tie it up down three points, but the inbound play at half court was turned over and Good Squad came out victorious.

In Week 8, Stranger Danger will take on Mike Davis and the Blue Devils. As for Goon Squad, they will take on a rival team in the Temptations who have had their number the past few seasons.

“It’s our time to finally beat them” Goon Squad’s Jake VanSant said. “We’ve lost the last three or four in a row.”