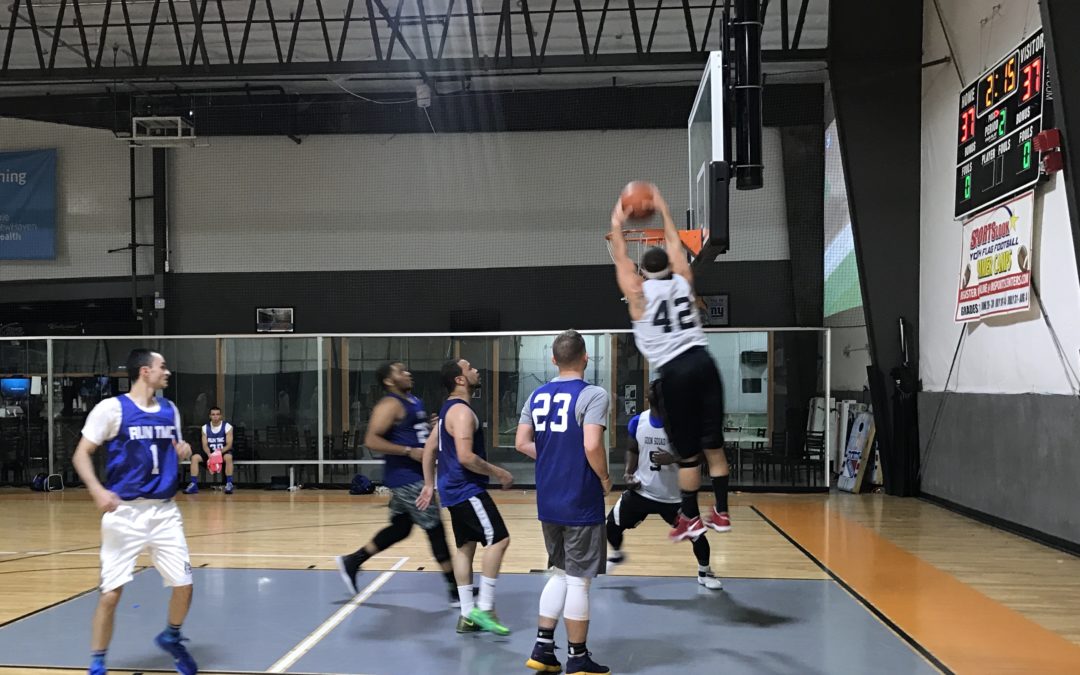 Three-pointers were raining down on both Run TMC and Goon Squad in the regular season finale, with both teams combining for 23 triples that eventually ended in an 88-75 Goon Squad win.

Matt Marconi and Justin Green, Goon Squad’s two leading scorers, shot 7-for-8 combined from beyond the arc to pace the shooting frenzy. Marconi finished with a game-high 33 points.

“We weren’t fazed with how they came out shooting,” Goon Squad’s DJ Ellis said of Run TMC’s hot night from downtown. “They did that to us last year, but we came out tonight and handled business.”

Run TMC finished 12-for-24 from three as a team, led by sharp shooting John Rullan and his seven threes. It was Run TMC who came out firing and jumped out to an early lead, but eventually Ellis and Goon Squad settled in to outscore Run TMC by 15 through the second and third quarters.

The Goon Squad defense was swarming in the second half and forced 10 total turnovers while flashing some nifty ball movement on the offensive end, especially Brandon Massaro, who dished out seven assists after missing last week’s game.

Marconi and Ellis shouldered the load in the paint and took care of business at the free throw line, pacing Goon Squad to a 15-for-18 night from the charity stripe to help seal the victory.

After weeks of struggling with a short bench, Goon Squad was finally at full strength and responded with an impressive victory heading into the playoffs, where they feel they can make plenty of noise.

“When we have everybody, we can run with the best of them,” Ellis said. “No question in my mind.”