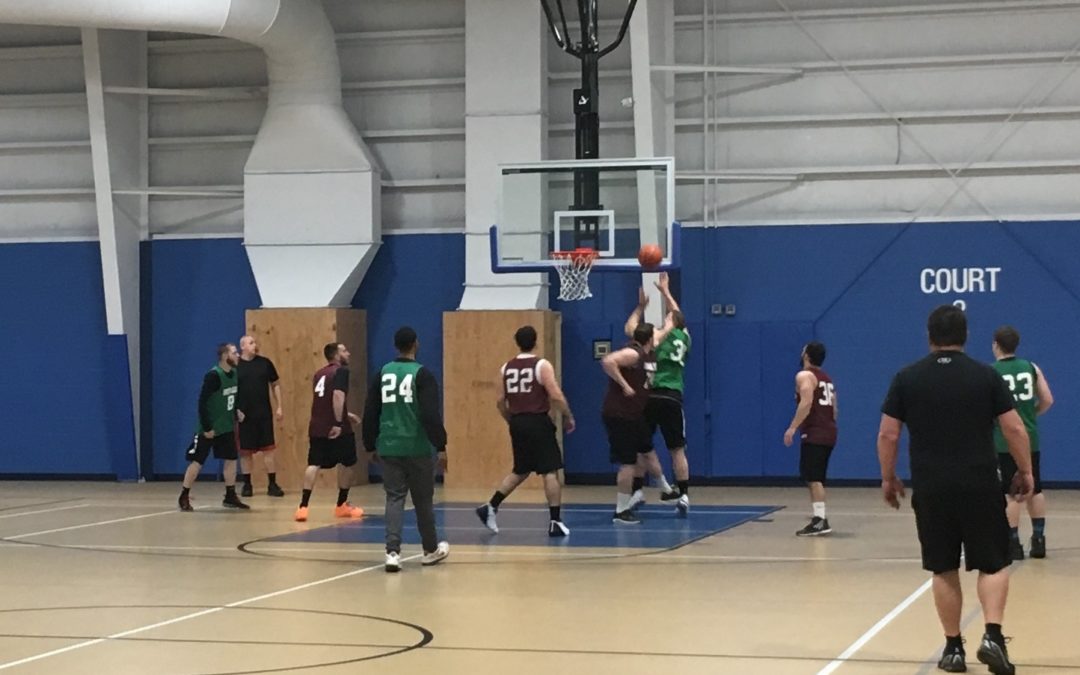 Green Squad was able to lock up the Average Joe’s Wednesday night, holding them to single-digit points in each of the first three quarters, coasting to an easy 89-32 win. They had five players in double digits, led by Cody Crawford, who poured in 24 points. Matt Scavitti led the way for the Average Joe’s finishing with 13 points.

Green Squad’s harassing defense was too much to handle for the Joe’s from the jump. They tallied a total of 24 steals, which led to endless fast break dunks and easy buckets. Greg Holt’s pestering defense helped him to a total of nine steals, while every other member of the team recorded a steal as well.

This one was never close as they held a double digit lead after the end of the first and never looked back. Looking forward to the Semifinals against the fourth-seeded Swish Kabobs, Victor Kashouh, Jr made some bold statements.

“We’re confident,” Kashouh Jr said. “We feel like we’re the best team in the league, and we just got to keep playing our game.”

With the the confidence that Green Squad brings to the floor, and the possibility of revenge against the Swish Kabobs who handed them their only loss of the season, the showdown is set

The Swish Kabobs are coming off a sound victory over the fifht-seeded Werewolves in the Quarterfinals, and are looking to prove themselves against a completely different Green Squad team that they faced Week 2.