Green Squad clamps down in fourth to put away Wild Hogs 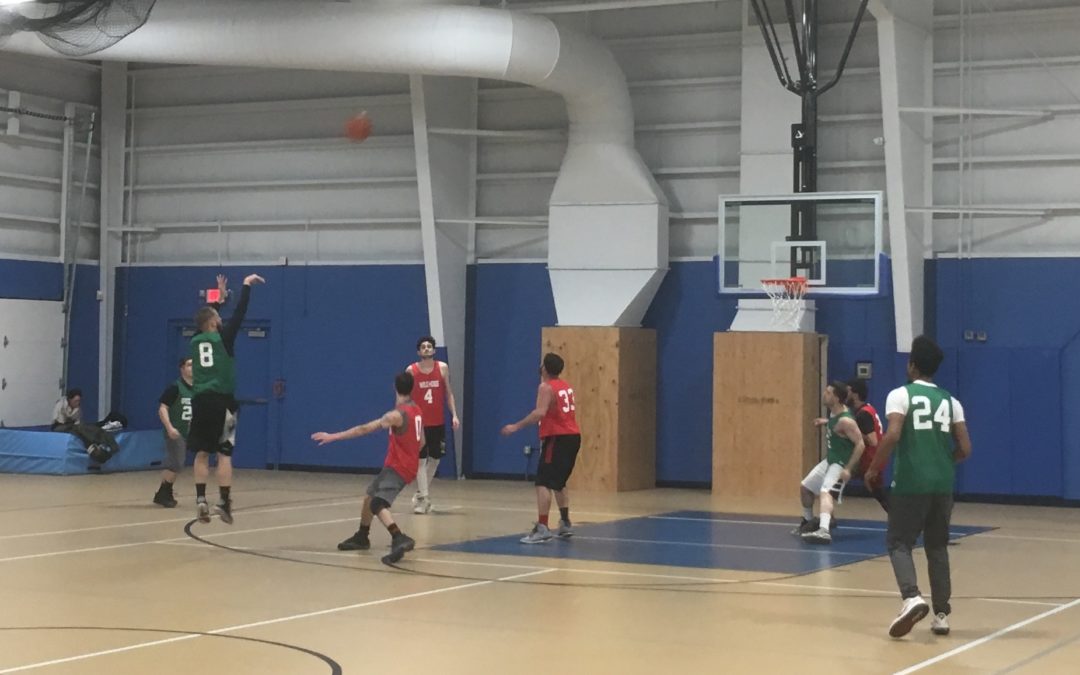 After a tough battle through three quarters The Green Squad was able to hold the Wild Hogs to five points in the fourth quarter to seal a 69-51 victory.

Victor Kashouh Jr. led the way for the Green Squad as he finished with 20 points on 66.7 percent shooting to go along with eight boards. Joey Coro played well for the Wild Hogs, finishing with 21 points and 12 rebounds.

Both teams were trading buckets back and forth for as they were tied up at the end of the first quarter, but Green Squad went on a run to lead by as much as 15 points. Buckets from Coro and Mike Bandieri helped them cut their deficit to four at the half.

Green Squad big-man Marc Testa made his season debut and made his presence felt right away. He was able to score inside with some high flying dunks and strong finishes. He finished with 11 points to go along with six rebounds.

Cody Crawford spoke about what what went well for his team after the game.

“Well like every other game our defense gets us going,” Green Squad’s Cody Crawford said. “We we’re moving the ball well and getting good shots, but I’d say our defense (was the key).