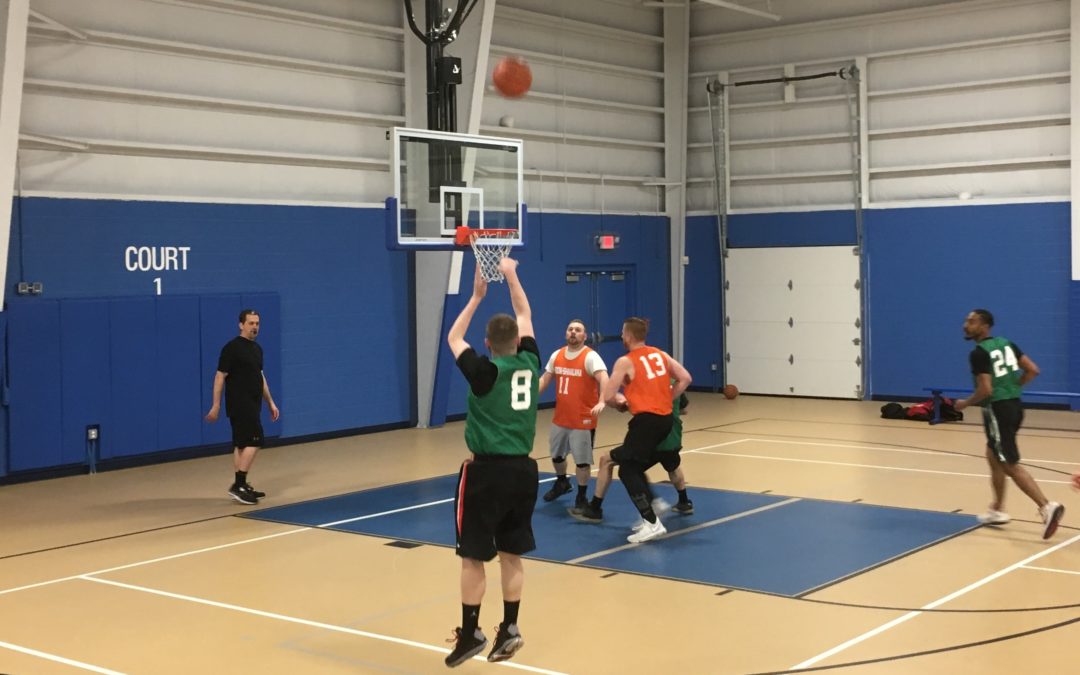 In what was the big match-up of the night in Week 9, Boom-Shakalaka and Green Squad both came in hungry for another win. Green Squad held their opponent to just 14 first-quarter points en route to a more comfortable win then expected, 64-47.

Right from the first quarter Green Squad had Boom-Shakalaka on lock down as they were only able to put up a total of six points to begin the game. From there Green Squad controlled the game throughout playing harassing defense and just kept knocking down shots. Boom-Shakalaka could never even come within five points the whole night.

Cody Crawford lead the way again for Green Squad coming off his amazing 50-point performance from last week. He continued to stay on hot as he put up 27 points, shooting 8-for-13 from three and also snagged six rebounds. Teammate Victor Kashouh Jr. scored 19 points and also grabbed three rebounds. All around it was a good team victory for Green Squad.

“We have to just clean it up, stop hand-checking and talking to the refs,” Green Squad’s Victor Kashouh Jr said. “We just have to clean up our game and I don’t think anyone can beat us.”

Clearly Kashouh is confident they are the team to go all the way and it is hard not to agree with him after their performance tonight against Boom-Shakalaka.

Boom-Shakalaka struggled to get any flow going throughout the game, and Brandon Sweeney being in foul trouble all night did not help. One bright spot though for Boom-Shakalaka was Nate Stichell who dropped 17 points.

Boom-Shakalaka will look to shake off this loss as they have another big game tomorrow night against Prestige Worldwide. Green Squad will try to take this big victory into tomorrow night when they go up against a struggling Average Joes squad.