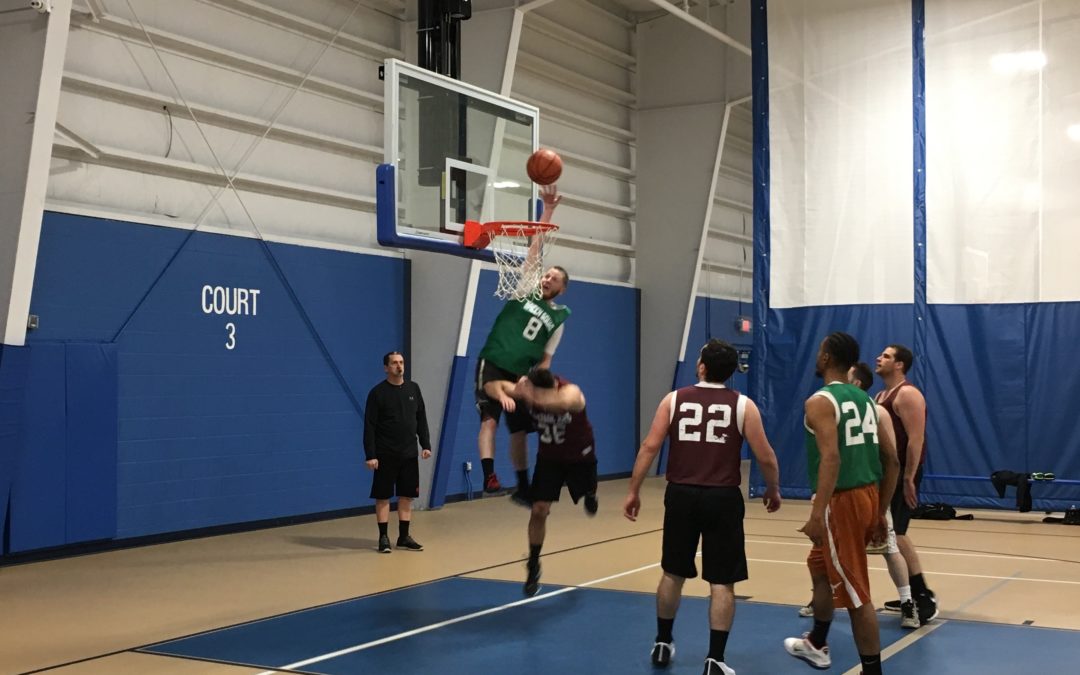 In the final week of the regular season, Green Squad came into their game against a struggling Average Joe’s team looking to finish strong heading into the playoffs. Green Squad controlled the game right from the opening tipoff and, by the end of the first half, were up by 22 points. As a team they shot 55 percent from the field and got 10 blocks and 10 steals as well, so it was an all-around dominant performance by Green Squad. The Average Joe’s could never really find the rhythm.

Cody Crawford performed unbelievable again, putting up 50-plus points for the second time in his last three games and has been just unconscious from beyond the arc. Teammates Marc Testa and Victor Kashouh also helped out scoring 14 points apiece, while Kashouh was able to grab 11 rebounds to secure a double-double. Testa snagged eight rebounds, reflecting their dominance on the glass throughout the night.

“We’ve had the hot hand,” Crawford said. “We have a lot of guys capable of scoring, just get the easiest looks, the best looks.”

It is clear that they are best all-around team with big late addition Marc Testa being a huge help down the stretch as they secured the top seed.

It was not a completely bad night for the Average Joe’s, Matt Scavitti put up 25 points and also got six boards off the glass. Unfortunately, after this loss they finished the season winless and will go into the playoffs as the eighth seed. They will have a tough first-round matchup as they will face Green Squad again. .

Green Squad, if they are able to get by the Average Joe’s in the First Round, will play the winner of the four and five seed matchup between the Werewolves against the Swish Kabobs. If they are able to play at the rate they have been especially the last four weeks they should have no struggle at all the go all the way.