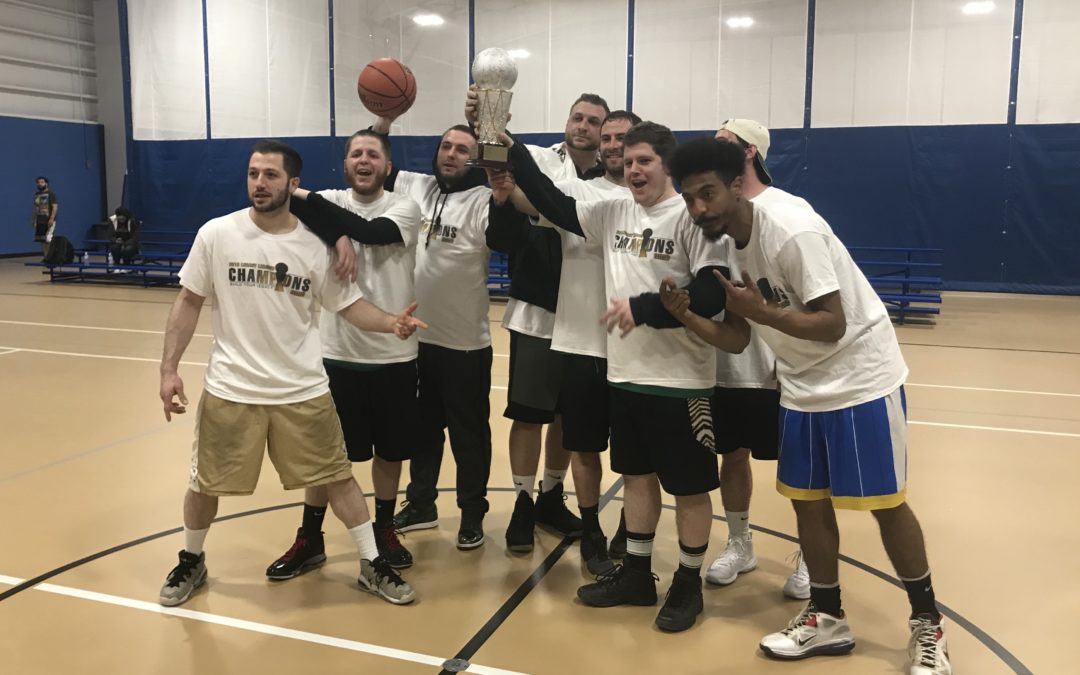 Lucas Martin‘s last second three rolled off the rim in double overtime as the buzzer sounded, leaving Green Squad with an 80-77 victory over Martin’s Boom-Shakalaka in the Rhode Island Winter 2018 Championship game.

Green Squad entered Wednesday night on an eight-game winning streak and as the hottest offensive team in the league. However, it was the defense down the stretch that sealed their fate in the last game of the season.

“All season we scored a lot of points,” Cody Crawford said. “It came down to defense. We got stops at the end, as you saw.”

Crawford and teammate Victor Kashouh Jr. usually power the offense for Green Squad, averaging 30.0 and 20.0 points per game respectively, but Wednesday night was a different story. Marc Testa was named Finals Most Valuable Player after pouring in a team-high 27 points on 12-15 shooting. Behind him in the box score was Kashouh Jr. with 24 points, and Crawford with 14.

“When we needed a bucket, we fed our big man,” Greg Holt said of Testa’s play. “He was tough to handle in there. It was nice to have him on the court, for sure.”

“We threw it down in the post and it was just bucket after bucket,” Crawford said. “He took over the game when we needed it.”

Boom-Shakalaka kept it close throughout, but fell short in their second-straight Finals appearance. Nate Stichell kept his team in the game and impressed even his opponents with 39 points, including 30 of them coming from behind the arc. Stichell started the second half with the hot hand and carried Boom-Shakalaka throughout the rest of the game.

Holt, Kashouh, and Crawford all enjoyed their second championship victory in back-to-back seasons, as all three were members of The Alliance last season. And with two trophies down, the three have their sights on a third.

“It feels pretty normal,” Kashouh said. “We’re looking to get a three-peat next year. Bring a team that can beat us.”