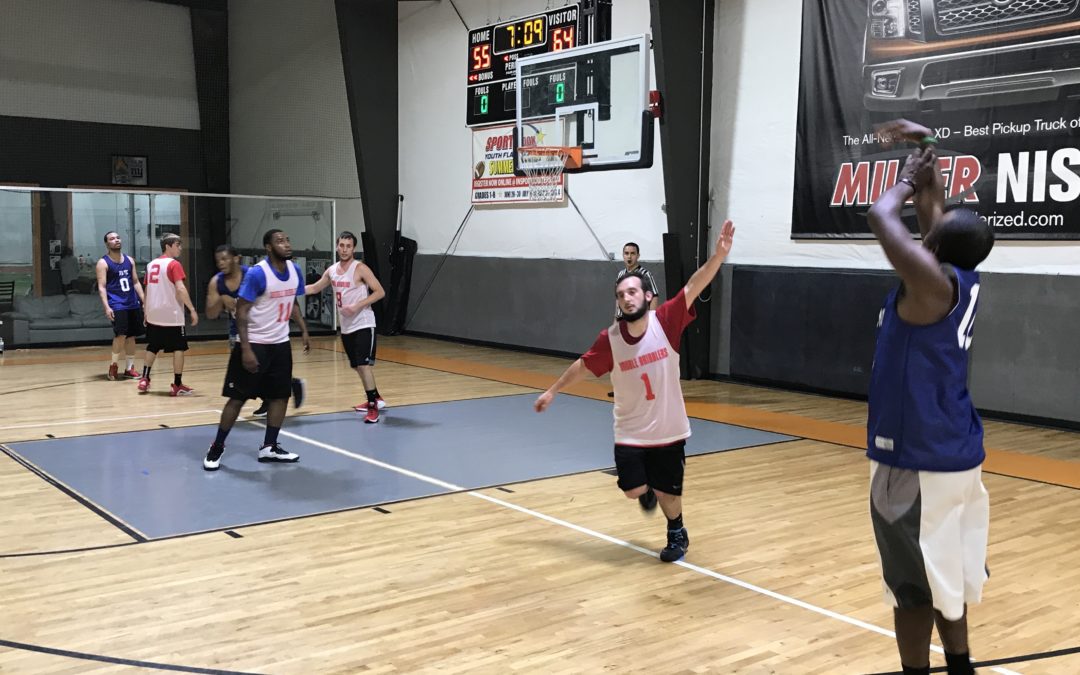 Not always the most popular team in the league, Run TMC seems to be one of those teams that opponents circle on their calendars. Always bringing out the best in people, Run TMC found themselves on their heels most of Monday night. Only up two headed into the fourth, TMC exploded for 38 points in the final quarter, winning by a score of 93-71.

Despite the margin of victory, this game was close for three-fourths of it. Run TMC quickly dismissed any thoughts of an upset with a fourth-quarter run that shocked the Double Dribblers.

With a tightly-contested first half of basketball and an energy that matched that of an unbeaten team, the Double Dribblers came trying to prove a point. The Double Dribblers outscored Run TMC 15-9 in the second quarter after an evenly matched first quarter. Bernard Brantley scored 30 points in his Legacy Leagues debut, while also grabbing 12 rebounds. This new addition gave the winless Double Dribblers a newfound energy throughout the matchup.

But it was a different 30-point debut performance that proved to be the difference-maker for the winning side. Run TMC’s Quincy McKnight also scored 30 points in his season debut, production that was insurmountable when three other teammates scored in double-figures. Will Hudson, Jhamal Jones and Brandon Seabrook all finished with at least 10 points for the victors.

After the win, Run TMC improves to 2-2, but faces their biggest test yet in The Brotherhood next week, while the still winless Double Dribblers will face a hot STP team coming off two wins of their own.