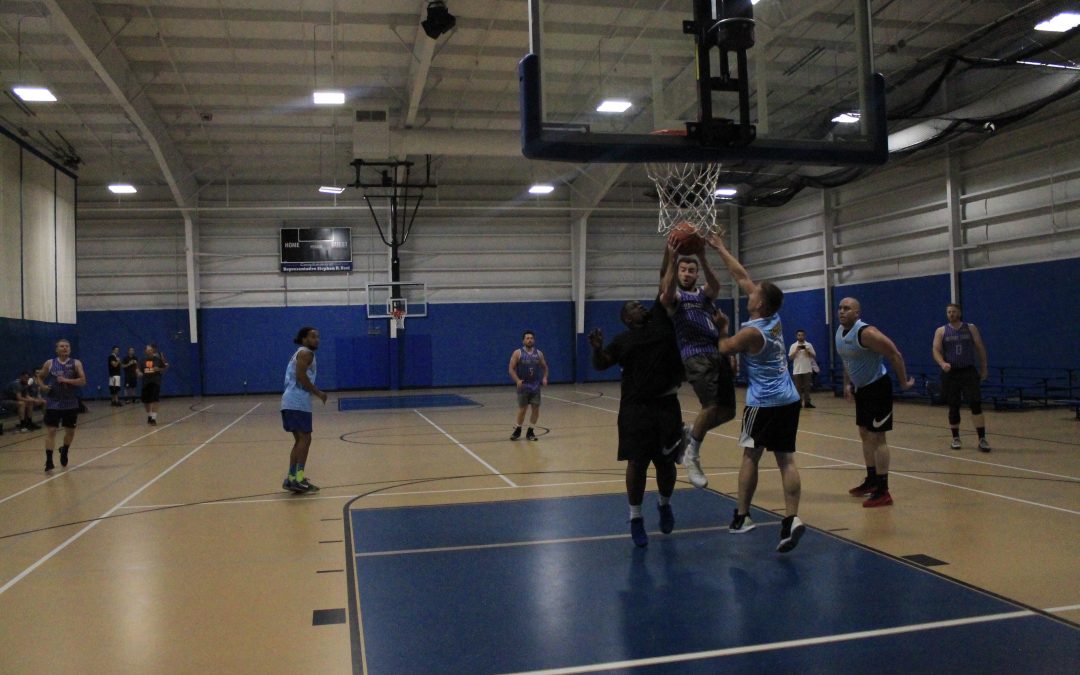 “I think we played really well, that’s a good team with a lot of good players and a lot of good scorers.” Bobby Wilcox said. Wilcox and Halfway Crooks won in a 70-50 upset against a higher-seeded Sin City team to advance in the playoffs.

The Halfway Crooks began the game evenly matched and even down one point in the first quarter. From there on, Halfway crooks began to outscore Sin City in the next three consecutive quarters to come out with the victory.

“They were athletic and fast, big boy down low, he’s pretty good so it was a really really good win especially after a bad loss last night,” Wilcox added. Wilcox had a big performance scoring 17 points while going 70 percent from the field and 60 percent from behind the arc. He was joined by teammates Brandon Sweeney and Dylan Lincoln combining for over half their team’s points with 41 points.

When asked about improvements for next week, Wilcox said, “We have to limit the turnovers especially against the Duje’s Boys, they’re really good and they’re no. 1 for a reason.”

The Duje’s Boys have remained undefeated going 7-0 in the regular season.

“We have to be calm and we have to be ready to go. Limiting turnovers, hustling on the court, and scoring that’s the name of our game,” Wilcox said. “We’re coming for you guys so good luck next week, we’ll see you there.”