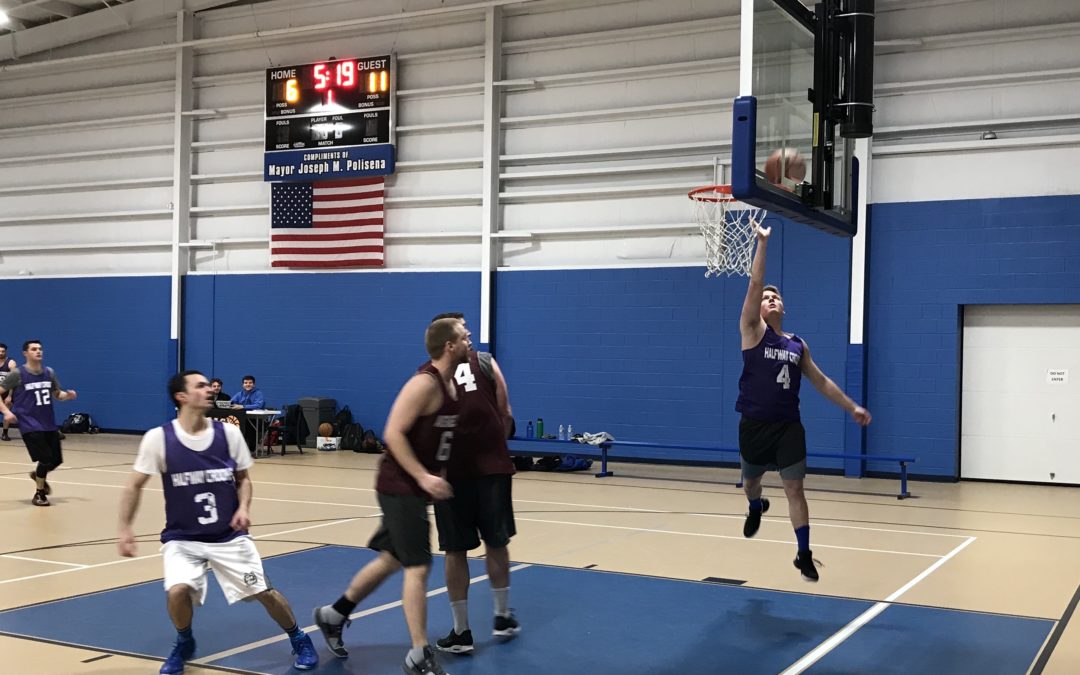 In a battle of the winless teams, Dylan Lincoln and Jared Hanson were the only Halfway Crooks to reach double-digit points in their first victory of the season. Lincoln had 19 while Hanson had 18 points.

The Average Joes Matt Scavitti led all scorers with 29 points along with seven rebounds and four steals. Keith Murray was the only other Average Joes player with more than ten points. He had 15.

For the Average Joes, it was tough playing with five players compared to the Halfway Crooks’ seven players. In a league like this, having depth off the bench always helps since that leaves less tired legs out on the court.

The Halfway Crooks’ good start carried them through the game for the victory. They had an 11-point lead after the first quarter and never really looked back. They were outscored in the second and fourth quarter by a combined six, but scored six more than Average Joes did in the third.

The Halfway Crooks have had trouble coming out of the gate and playing well dating back to last season. This is something they’ll need to improve upon if they want to win their second-straight game next week.

The rebounding factor was also big in the victory. Justin Kolenda and Joey Zocco both had double-digit rebounds with 12 and 10 respectively. Their 38 team rebounds was 11 more than the Average Joe’s 27 rebounds. Winning the rebounding battle is always going to be huge because keeping them off the glass avoids second chance opportunities, and you get more second chance opportunities on the other end.

“I’m pretty sure we out rebounded them by a large margin,” Hanson said. “That helps. I don’t care how good or bad a team is, if you give them extra points they’ll eventually put the ball in the hole.”