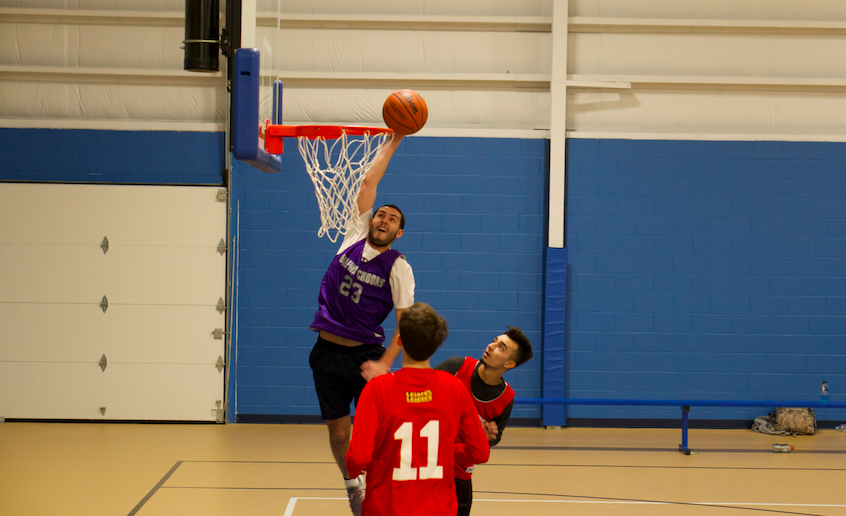 The Halfway Crooks turned the ball over 15 times and shot 34.9 percent as a team, but they are still 2-0 on the season after Wednesday night.

As hard as it may be to believe, the Duje’s Boys were actually worse shooting 28.3 percent from the field and eventually falling to the Halfway Crooks, 57-42.

Dylan Lincoln led the way for The Halfway Crooks with 13 points and 16 rebounds, his second double-double in as many games. Jared Hanson followed with 12 on an efficient 4-of-6 night from the field.

“I hope it’s rust,” Hanson said of the missed shots. “They played zone, and when you play zone you’ve got to hit shots, and we certainly didn’t do that.”

The Duje’s Boys kept it close all game, heading into the fourth quarter only trailing 11 after holding the Halfway Crooks to just seven points in the third. John Coutu led the game with 22 points and did his part on the glass with 14 rebounds. He contributed to his opponent’s 15 turnovers, too, by coming away with eight steals on the night.

The Duje’s Boys have the toughest part of their schedule behind them, and look forward to a friendly matchup against the Pizza Rolls (0-3) when the league returns from break on Janurary 9.

As for The Halfway Crooks, they look to remain undefeated, welcoming the Alaskan Bull Worms (1-3)  for their first matchup in the New Year. During the break, Hanson and the Halfway Crooks hope to burn the scoresheet from this one and improve.

“Shooting always helps,” Hanson said when asked of their next game. “Getting out and running, taking easier shots and not threes to get people going (will be the key).”