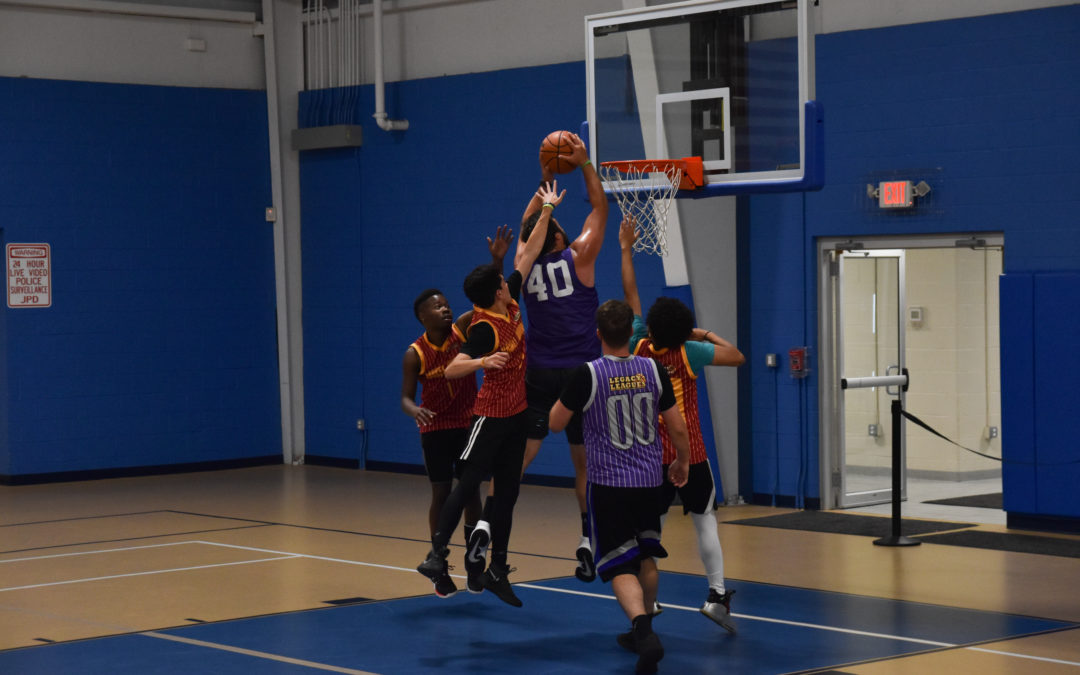 Led by Kevin McCartney, who tallied 37 points, 18 rebounds and six assists. His size alone gave him the advantage to be a force all game long. He found himself easy buckets at the rim and ran the floor with ease.

Jared Hanson had a big day as well for the Halfway Crooks as he ended the day with a triple-double (16 points, ten rebounds and 12 assists). His reliability with the ball and smart play paved the way for his teammates to succeed.

For the Basket Hounds, they had a difficult time putting the ball in the hoop. Mike Bartholomew, who has a knack for pulling up and hitting a consistent three-point shot, struggled. Overall, the Basket Hounds had an issue finding a rhythm on offense.

Half court and on the fast break, the Basket Hounds put themselves in situations where a shot was forced. The stellar defense from the Halfway Crooks also forced them to turn the ball over, creating easy offense for the Halfway Crooks.

The Basket Hounds never gave up and had quite the crowd supporting them. For the Halfway Crooks, it was a good tune up game for their squad as they look to make a run in the upcoming playoffs.

“I felt good, I’m tired. I need an ice bath, I’m old,” Kevin McCartney said. “Just ready for next week, we got Boom-Shakalaka. I’m ready to shut down Jose (Mercado).”