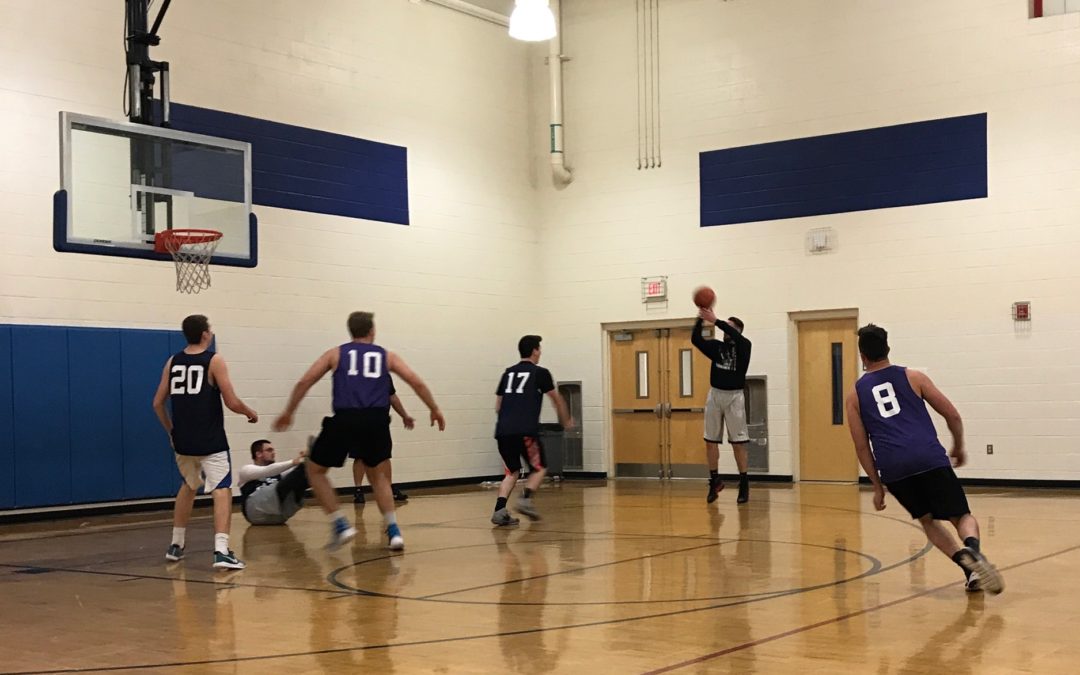 The Halfway Crooks were down for the majority of the game, but were able to pick up their play in the fourth quarter to knock off the Werewolves, 64-57, in overtime. Dylan Lincoln carried the load for the Halfway Crooks, as he finished with 30 points and 14 rebounds.

The Werewolves were in control for much of the game due to the play of Brian Heston, who finished with 18 points, 20 rebounds and added in five blocks. Poor free throw shooting hindered both teams, but ultimately came back to kill the Werewolves in the end.

“We struggled as a team to get going to start the game, but I felt I had an advantage and went from there,” Lincoln said after the game.

Linclon took advantage of his matchup all night, which his team relied heavily on due to the off shooting night of Tom Ferranti and others.

This contest really came down to free throws for the Werewolves. They have struggled from the line all season, and Wednesday night was no different. They were a horrific 3-for-17 from the line (17 percent), and outside of Heston, they really struggled to put the ball in the basket.

The rest of the Werewolves shot 29 percent from the field, and just 1-of-5 from the free throw line. If they want to make a run in the playoffs, they’re going to have hit their free throws and find away to get some easier baskets.

With their big win, the Halfway Crooks were able to lock up the three-seed for the playoffs. They will take on the six-seeded Big Baller Brand in their first playoff game on November 29, while the fourth-seeded Werewolves match up against the fifth-seeded Skyhookers.

Closing the regular season with a win was something Lincoln says his team really needed to do.

“This was a good team victory,” Lincoln said. “It’s good to be put into pressure situations like that at the end of games, so we’ll just try to keep it rolling into the playoffs.”