Halfway Crooks shorthanded, use their size to dominate 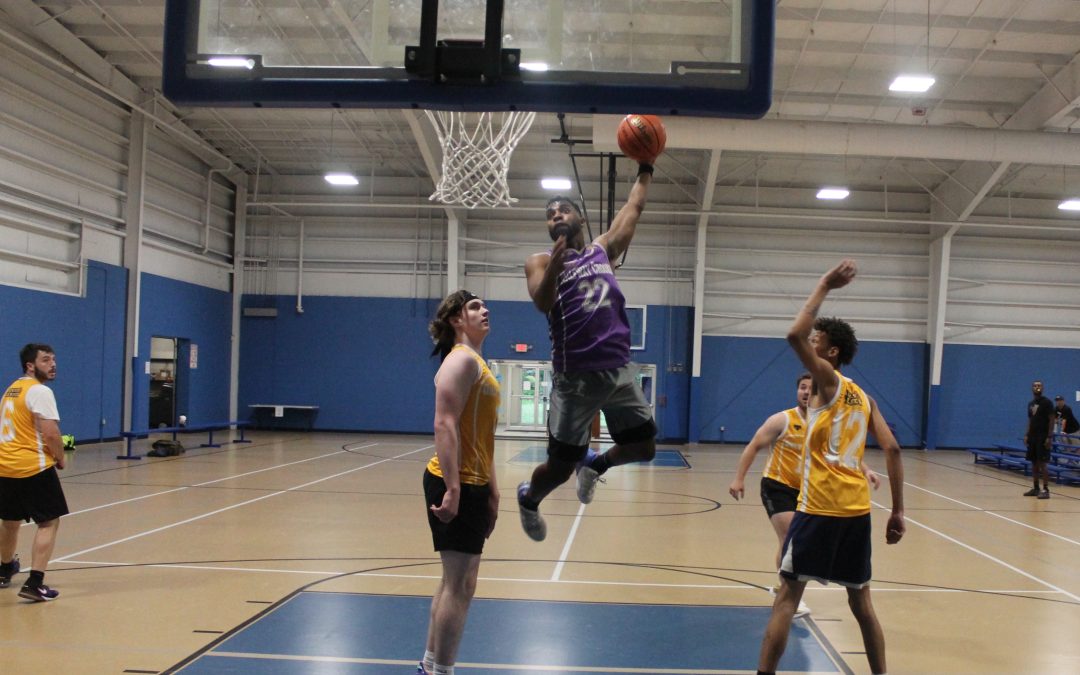 Going into Week 5 of the Summer 22 season, the Halfway Crooks and Only the Fam were looking to snap their respective two game losing streaks and get back in the win column, that was only the case for the Halfway Crooks. Despite starting the game with only three players, the Halfway Crooks were able to pull off a 60-point win with impressive outings from Spence Freeman, Jeff Winchell, and Joey Zocco.

“It’s nice when shots are falling,” Joey Zocco said. “We had the biggest guy on the floor. It’s nice when everything is clicking, but having to start with three guys is tough.”

The first half of the game saw the Crooks come out strong, leading them to an early lead. Freeman’s 38 led the way, and he  was able to score with ease, knocking down three’s and driving in the lane and forcing contact. Winchell also added 29 and had an all around game, dropping a triple double and breaking the record for most rebounds in a game with 25. Zocco also contributed 20 and flirted with a triple double, but securing the win is what mattered.  Once their fourth player, Jared Hanson arrived the Crooks seemed to be unstoppable.

“Starting with three was tough, and even when our fourth guy came, you realize you have no subs “. Zocco said “We were able to last until the second quarter, and then really really jump out into the big win”.

“He was on fire with it,” Spencer Freeman said, “He (Zocco) really stepped up when we needed it.”

The addition of Freeman and Winchell have solidified the Halfway Crooks as one of the tougher teams to face. There are few players who can match Winchell’s size and athleticism in the paint. Freeman is the primary scorer the Halfway Crooks needed, he is living up to his nickname of ‘Spence Booker.” Zocco and Hanson will always knock down shots when they are needed, as the Halfway Crooks continue their journey of being one of the top teams in the league.

“I played against Jeff for two seasons, which is not as fun as having him on your team,” Zocco said, “Having that rim protector is big, and having him as an option on offense helps our team down low and gives us an added boost, both offensively and defensively.”

As for Only the Fam, who are now on a three game losing streak, they lack the size and defensive ability to limit teams who have played in the league before and are in contention for a title. Jaron Thomas, Jake Perry, Tucker Aiello, and Mike Bartholomew lead this team as they only have five active players most nights. Thomas, Perry, and Aiello, have all shown they can be efficient scorers in this league, but as a team they recently have lacked the physicality and effort needed to snag another win.

They get down big at half, and just couldn’t claw their way back into it. In order for Only the Fam to have more success in this league, they’ll need to focus on the defensive end of the floor and turn that into better offensive possessions.

The Crooks look to build off this win and keep their momentum heading into their Week 6 matchup against Lob City (4-1). Only the Fam looks to snap their three game losing streak against the Werewolves (3-2) in Week 6.