Halfway Crooks steal their first victory of the season 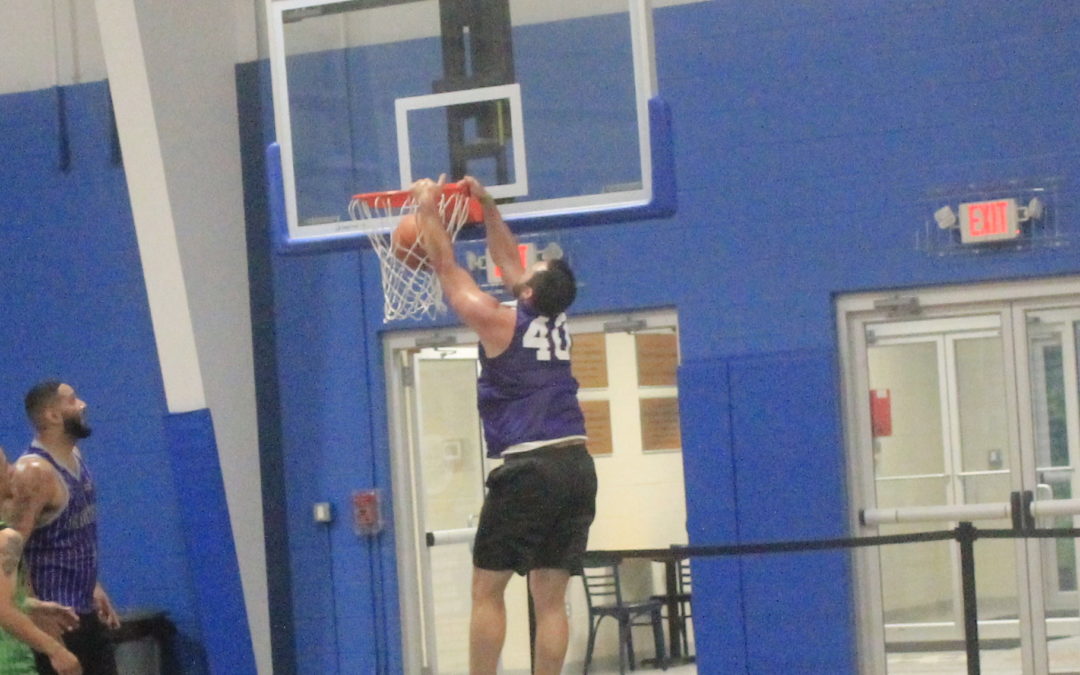 The Halfway Crooks were matched up with the 2-2 Stampede Tuesday night, but the 0-4 Halfway Crooks turned it into a second half blowout to win going away, 67-47.

This was an extremely tightly-contested game, for the first half. The second, not so much. At half the game was 32-31 with the Halfway Crooks winning, but they came out in the third quarter and took the game by the reigns.

The team that seemed to never be able to close out a game, finally did it in emphatic fashion. The team that looked like an early championship contender is now starting to seem like a pretender.

The Halfway Crooks used their elite size to win this game, as the Stampede once again found themselves run ragged after playing a tough first half.

“The Stampede’s a good team, they’re reeling a little bit, but we had five guys tonight and that was huge for us”, Joey Zocco said.

Kevin McCartney and Greg Bell led the charge for the Halfway Crooks scoring 19 each, and combining for 15 rebounds on the night. Joey Zocco had another solid game scoring 12 points on four three pointers.

The Stampede is currently reeling after dropping three-straight games, and having no John Peterson is definitely apart of that. If they don’t find answers soon wins might continue to be hard to come by.

The Halfway Crooks must feel validated after losing so many close games to finally pull one out. Their size and shooting ability make them a lot more dangerous than what their 1-4 record may convey.

The Halfway Crooks could make a push if they have five or more guys show up to every game. So far attendance has been their biggest detriment, but they have the players to get it done.

“It’s nice to get a win, and build some steam heading into playoffs,” Zocco said.