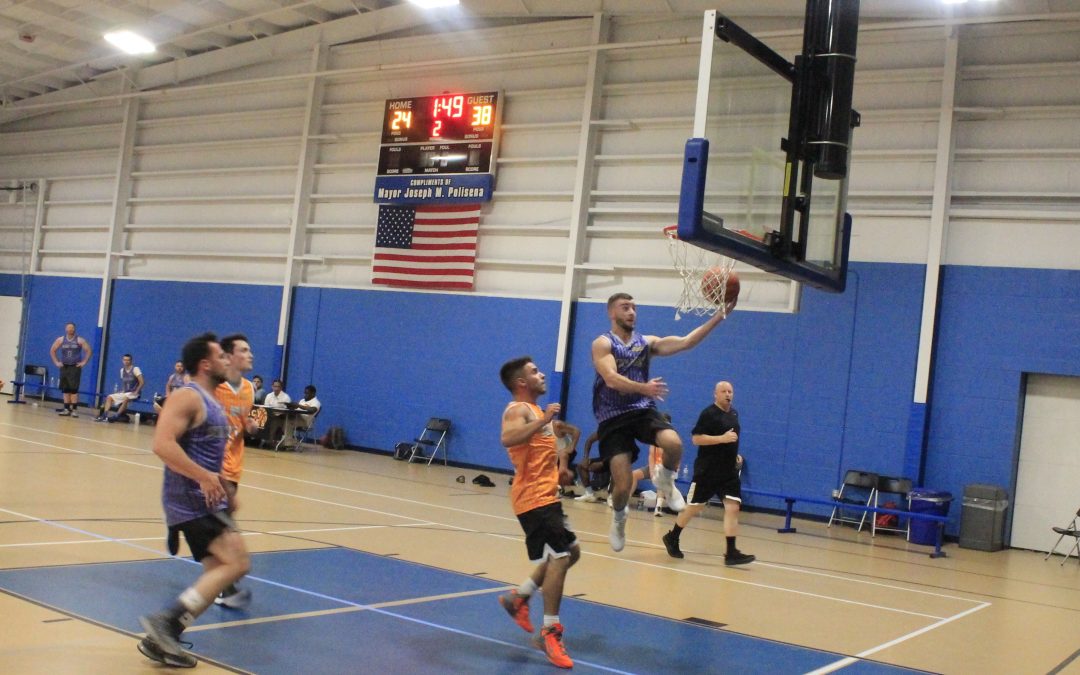 It was a brilliant night for Brandon Sweeney, who scored a game-high 27 points on 11-of-12 shooting from the field while also grabbing 10 boards, pushing Halfway Crooks to a 26-point victory The Halfway Crooks shot 11-of-16 from three, showing no signs of rust or fatigue in what was a good way to start the season in their 92-66 win.  As easy as the win may have seemed there were still some unexpected challenges that happened within the game.

“[It’s hard] to finish above the rim when you think you can jump, but if a big guys jumping with you it’s like jumping with a 7-footer,” the Halfway Crooks Bobby Wilcox said.

It was a slow start for both teams in the first quarter, as the Halfway Crooks were up 19-10 on Ball Don’t Lie, but the Crooks eventually settled into the game and pulled away. Wilcox noted the main reason for the slow start.

“Getting used to the shooting touch because we are shooting down instead of shooting up on a 10-foot hoop,” said Wilcox, who added eight points on a perfect 3-of-3 shooting from the field.

Grant Rosenberg poured in 24 points for Ball Don’t Lie while also going 3-for-3 from three on his big night. Ellis Einhorn also provided 21 points and a couple of slams, but it was not enough to get a win.

The story of the game was Halfway Crooks dominating the boards, grabbing 29 rebounds in comparison to Ball Don’t Lie’s eight rebounds. All those extra possessions from the glass helped the Halfway Crooks to get a rhythm offensively and also helped getting more opportunities to shoot.

Even though Halfway Crooks won by 26, both teams still have things to work on as they get further into the season.

“Limiting turnovers a little bit, we had a couple sloppy turnovers,” Wilcox said.