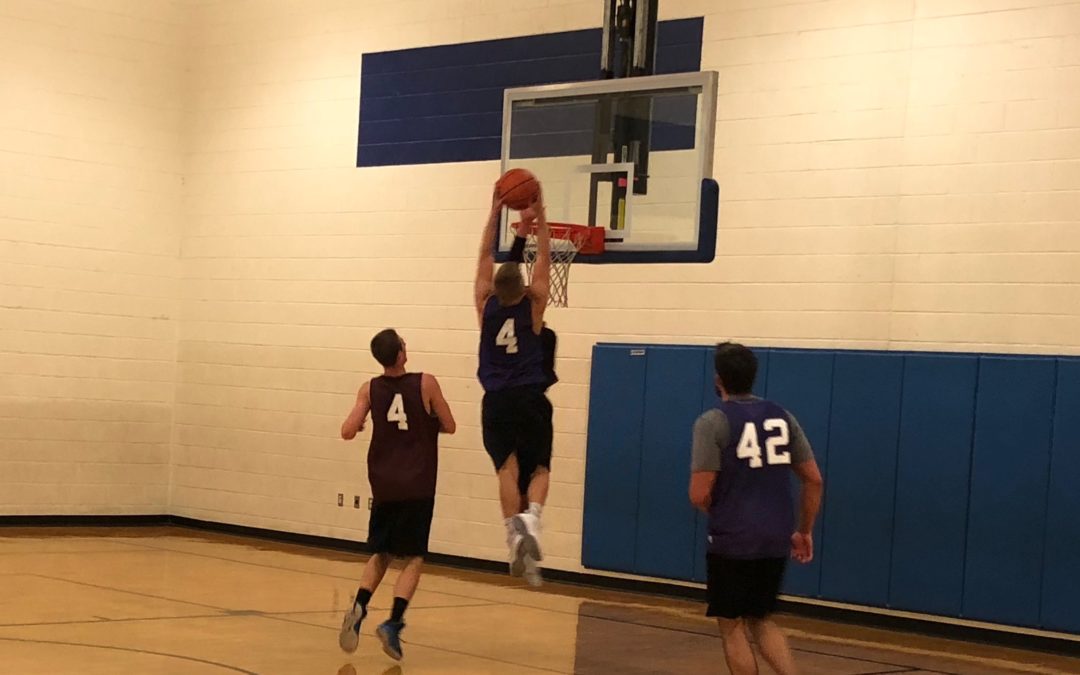 The first game of the Fall 2017 Legacy Leagues playoffs nearly saw the biggest upset in league history come to fruition. Led by Jared Hanson‘s 29 points, the third-seeded Halfway Crooks survive and advance past the six-seed and winless Big Baller Brand, 72-65.

The Halfway Crooks had a chance to win the game at the end of the fourth quarter with Tom Cottam at the line for two free throws, with zero time remaining. The game was tied up, and all he needed was to hit one of the two attempts, but he missed both and to overtime we went. Big Baller Brand failed to score a single point in the extra period, losing by just seven.

Big Baller Brand came out the gate and matched the Halfway Crooks in the points column, and headed into the half with a two-point lead. This is something that Hanson touched upon when interviewed after the game.

“Our defense was lacking,” the Halfway Crooks Jared Hanson said. “Can’t go bucket-to-bucket with any team.”

Brett Cody led all scorers with 31 points and grabbed a game-high 11 rebounds as well. Matt Simmeth, who has struggled the past few games, poured in 20 points of his own for Big Baller Brand. Cody was relatively quiet in the first half, but came out firing in the second half. It seemed like every three he was putting up was going on, from anywhere on the floor.

One thing that certainly didn’t help Halfway Crooks was Tom Ferranti landing on his ankle awkwardly in the fourth quarter, and was forced to sit out the rest of the game. Before he exited the game, he had 21 points on 8-of-17 shooting.

The overtime tells a different story from the rest of the game. Big Baller Brand was held scoreless, while the Halfway Crooks had seven points in the extra period. A few of those points came from Dylan Lincoln, who hit some big free throws in the final minute to close the door on the potential upset. Lincoln finished the game second on the team in scoring with 22 points on 8-of-17 shooting.

Both Hanson and Joey Zocco mentioned a few keys for next week’s game against a bigger and more physical Boom-Shakalaka team, but one thing stands out.

“We’re going to have to rebound the ball a hell of a lot better,” Hanson said.

“(They’re) much bigger, so rebounding (is going to be a key),” Zocco said