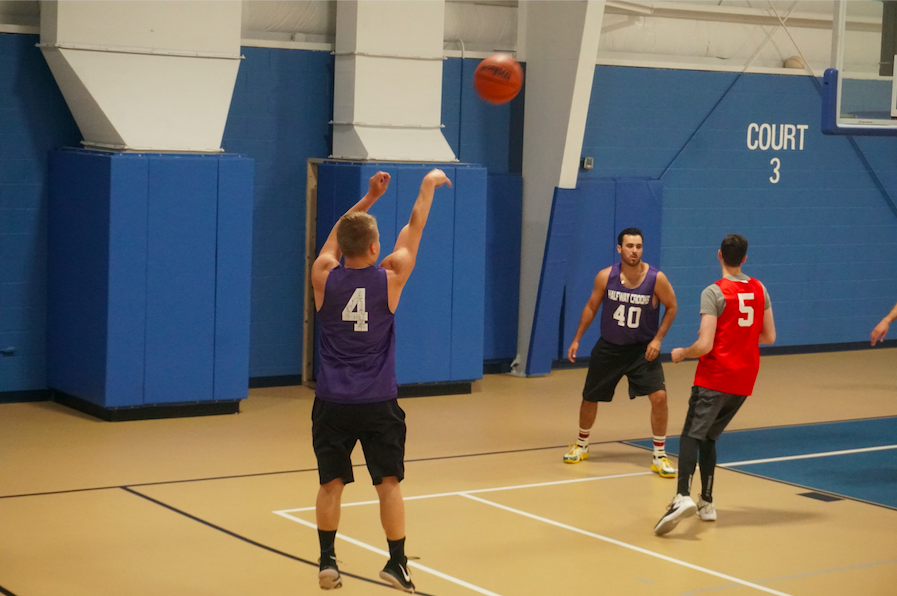 Despite falling behind early as the Wild Hogs scored 22 of the first 27 points of the game, the Halfway Crooks were able to come back and earn their second victory on the season, 68-64.

The Wild Hogs came out aggressive from the jump. Joey Coro was relentlessly attacking the basket whether it was an alley-oop or a high-flying dunk that nobody wanted a part of. They started the game on a 22-5 run and held a 16-point lead at the end of the first.

The Halfway Crooks had no quit as they tightened up at the defensive end. The Wild Hogs were held to just eight second-quarter points, while the Crooks found there rhythm from beyond the arc. Joey Zocco hit two big threes late in the second quarter, to go along with a Jared Hanson last second triple to end the half.

Hanson touched on how is team was able to claw back into the game Monday night.

“It all starts on defense,” Hanson said. We would give up easy points and weren’t getting back (in the first quarter). “

The Wild Hogs clung to a three-point lead at the half. Both teams went back and forth for most of the third and fourth quarter as neither was able to create much breathing room.

Down the stretch the Halfway Crooks were able to execute getting a big and one and free throws from Jared Hanson, to go along with five Halfway Crooks players scoring in double digits.

It was more then just that defensive adjustment that helped the Crooks get the victory.

“The final three minutes we took care of the ball, they had a few turnovers and that’s the difference.”

Now the Wild Hogs will try to get their first victory in one of their two games next week against Shake N’ Bake and Lob City. The Halfway Crooks look to make it two in a row against Boom-Shakalaka followed by a rematch against the Werewolves.