Harrison, ZewCrew too much for The Land 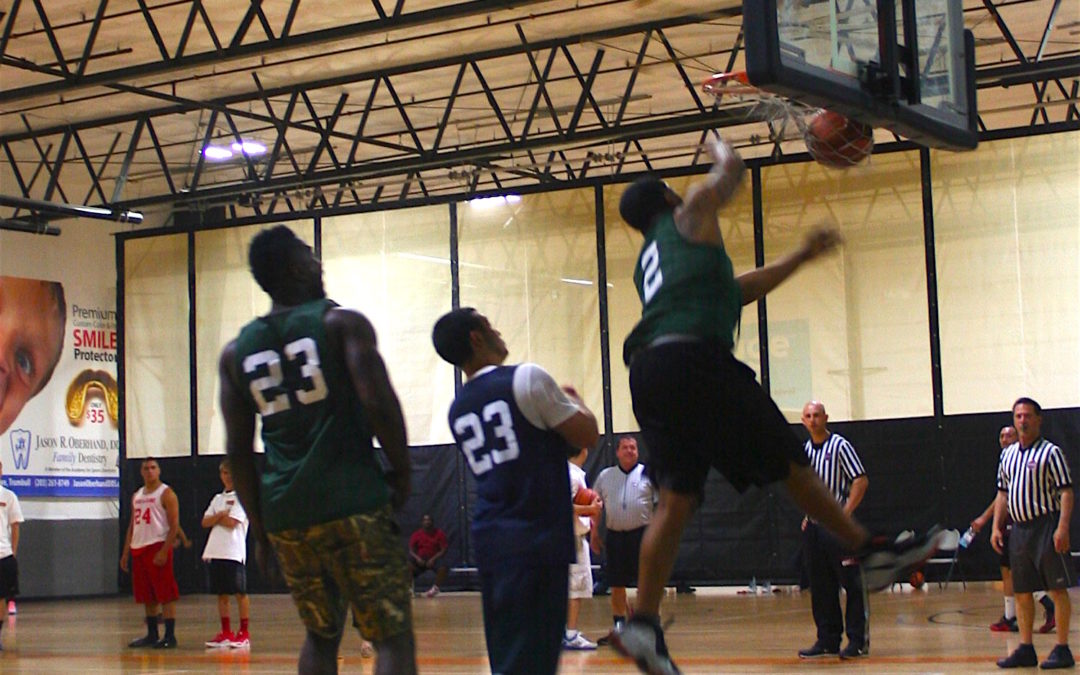 When a player shoots 82-percent from the field in a 20-point win, he might start creating challenges for himself. In the case of Mark Harrison, that challenge was ripping the rim off the backboards at Insports during Week Two.

Harrison finished with 19 points on 9-for-11 shooting and a highlight reel of dunks in ZewCrew’s 79-59 win over The Land on Tuesday night.

ZewCrew (2-0) took a 16-12 lead into the second quarter. After The Land started off the quarter with an early bucket, ZewCrew went on an 11-0 run over the next three minutes, in which Ty Alston scored seven of his game-high 21 points.

“We have shooters. We have people that can dunk, people that can drive. We have some big guys down low,” ZewCrew guard Giancarlo Zipper said. “It helps all around to get the ball in the basket no matter what.”

Yet, while Alston led his team in points, Harrison stole the show with his physical presence and high-flying abilities.

“It’s a different league, man. It really is,” Zipper said. “It’s grown men against little boys, it feels like, and I’m on [Harrison’s] team. He’s over the rim every play.”

Ward, who led The Land with 20 points, noted that his team made its open looks in the first half. However, The Land shot just 8-for-39 from beyond the arc for the game.

The Land played ZewCrew to an even third quarter before falling behind six more points in the final quarter.

Both teams now look ahead to their Week Three matchups: The Land faces The Pandas (1-1), while ZewCrew will play And-1 (0-2). Zipper says his team is looking to put up more offense against a team that has surrendered 235 points through its first two games.

“We definitely want to score more than we are,” Zipper said. “We are trying to be more fancy than we should be, but that comes along with playing with more maturity. Hopefully we keep on the roll and keep going.”