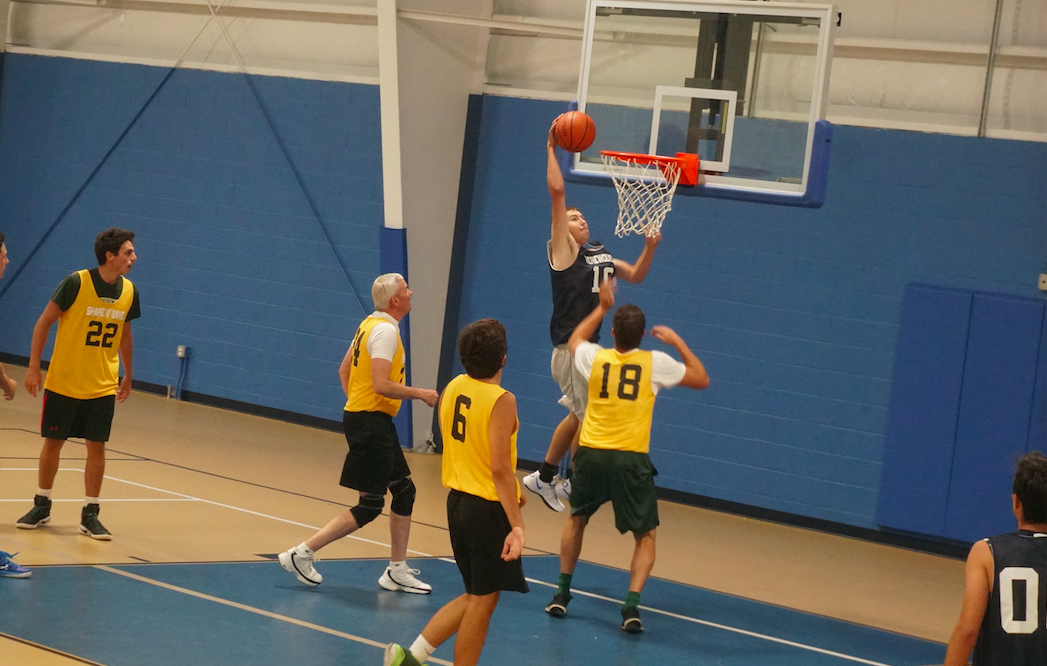 Although Shake N’ Bake kept the deficit relatively close, trailing by just 10 points at the half, the Werewolves showed no signs of complacency in the second half. Behind stellar play in the paint from Brian Heston and great three-point shooting from Gino Forte, they ended up outscoring their opponent 41-14 in the second half.

“The first quarter was kind of slow. They hung around a little bit,” Forte said. “But once we started getting into a groove, we were hitting shots, running our fast breakout and actually converting.”

One of the daggers in the game came in the third quarter, which was capped off by a difficult turnaround jumper from Forte that banked in off the glass at the buzzer. The Werewolves turned their 10-point lead at the half into a sizable 27 points in the first frame of the second half.

If there was one bright spot for Shake N’ Bake, it would have to be Dan Kennedy, who lead all Shake N’ Bake players with just eight points, his most electric basket coming on a cross-court alley-oop from Patrick McCarthy.

But the Werewolves were simply too much to handle for the struggling Shake N’ Bake group.

Despite the big lead, the Werewolves were able to keep the pedal to the metal in the fourth quarter and it proved to be beneficial.

“Their defense isn’t really organized and we took advantage of that,” Forte added. “We started dishing the ball around, making cuts back door, we were able to find what we were looking for and when we missed shots we were able to offensively rebound.”

What is it going to take to get on that two-game winning streak?

“Next week I think that we want to keep it intense,” Forte said. “This game was kind of lackadaisical and I don’t think we want to bring this into any game we play.”