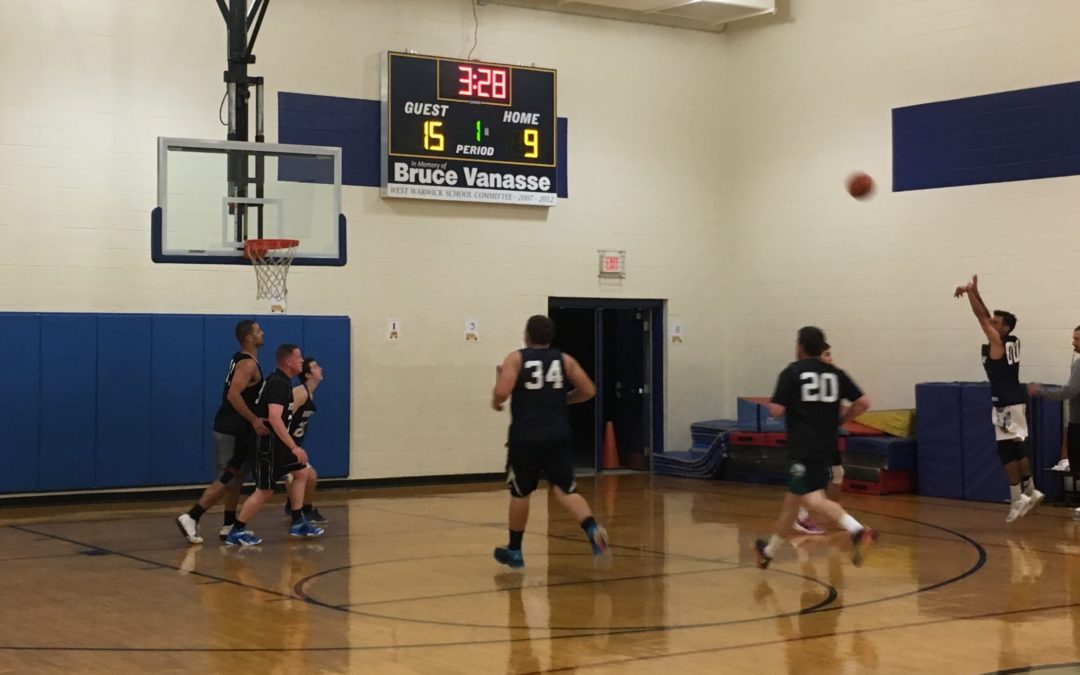 After a slow start for the Werewolves, they were able to pull out the victory by clinging to a 58-56 win over Boom-Shakalaka, handing Boom-Shakalaka their first loss on the season.

Gino Forte and Brian Heston led the charge once again, as they were both able to put up 17 points a piece. Marc Bellville finished with 18 points for Boom-Shakalaka, and Matt Camara chipped in 17 points, but in the end it wasn’t enough.

This one came down to the wire, and Boom-Shakalaka wouldn’t go down without a fight. Bellville was able to knock down a three in the last minute to make it a one-point game. Some shakiness at the free throw line down the stretch for the Werewolves gave Boom-Shakalaka a chance to hang around.

Ultimately the Werewolves were able to lock in defensively and pull out the win.

“First half, we were reaching a lot,” the Werewolves Gino Forte said. “Second half we just started containing, which brought us to a lot more turnovers. The other team was panicking with the ball, and we were just able to convert on offense.”

Heston really stood out Wednesday night, as he was able to control the paint for his team at both ends of the floor. He was constantly attacking the basket, which resulted in him shooting 12 free throws. On top of his 17 points, he was able to snatch up ten rebounds and also protected the rim recording four blocks as well.

The Werewolves edged Boom-Shakalaka on the glass, out rebounding them 43-35. The offensive boards really killed Boom-Shakalaka, as they allowed 13 of them. One or two more possessions could’ve resulted in a different outcome.