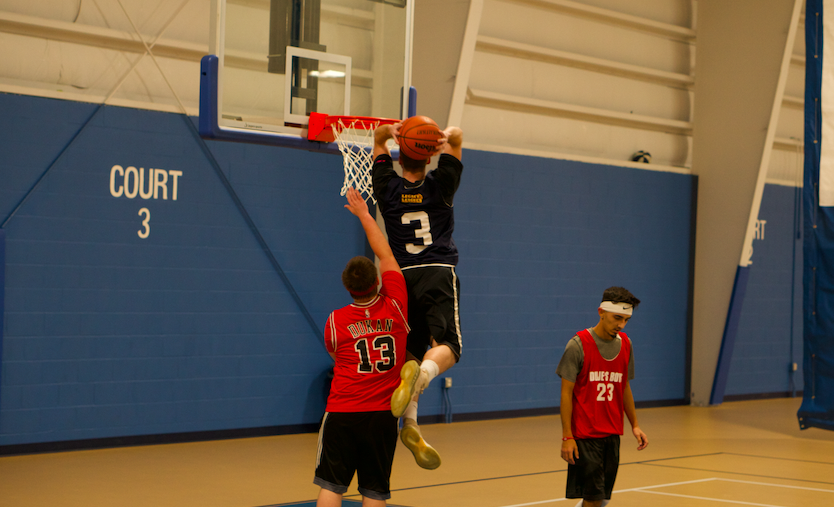 Duje’s Boys were not shy leading into their Legacy Leagues debut against an experienced Werewolves squad, with both teams taking jabs back and forth at each other on Twitter leading up to the game. They couldn’t back up their trash talk as the Werewolves coasted to a 85-60 victory over Duje’s Boys.

Brian Heston was in mid-season form as he led the game with 25 points and seven rebounds. He was his usual active self on the defensive end, while John Coutu led Duje’s Boys with 18 points to go along with five steals.

The Werewolves came out strong holding a 12-8 lead in the opening minutes, then finished the first quarter on a 16-6 run to hold a 14-point lead at the end of the first quarter. It was Dave Campbell who provided a huge spark off the bench at both ends of the floor. He led his team with four steals which led to so many transition opportunities that they converted on.

“He’s a great player,” Brian Heston said of Campbell. “Gino and I know him from playing against him, so to have him on the team is a great addition and I think we’ll be really good this year.”

Gino Forte was aggressive early, knocking down a couple of threes. Forte and Campbell both scored 18 points on an identical 8-of-13 shooting from the field. They were clicking on all clyinders and never allow Duje’s Boys to cut the deficit in to less then ten.

Coutu kept his team in it while Aaron Avant was able to chip in 14 points of his own. They went on a run late in the third quarter, but couldn’t hold down the Werewolves offense as they coasted to a 25-point victory.

They’re going to need a lot more production offensively if they want to compete. They shot 36 percent from the field while shooting 20 percent from three on 30 attempts. It’s a long season so they have plenty of time to make adjustments and grab a win.

Next week may not be the week, though, as Duje’s Boys play the defending champs who just came off of a massacre of the Boston Blazers. The Werewolves match up against Boom-Shakalaka in Week 2.