Heston helps Werewolves squeak out victory against the Hogs 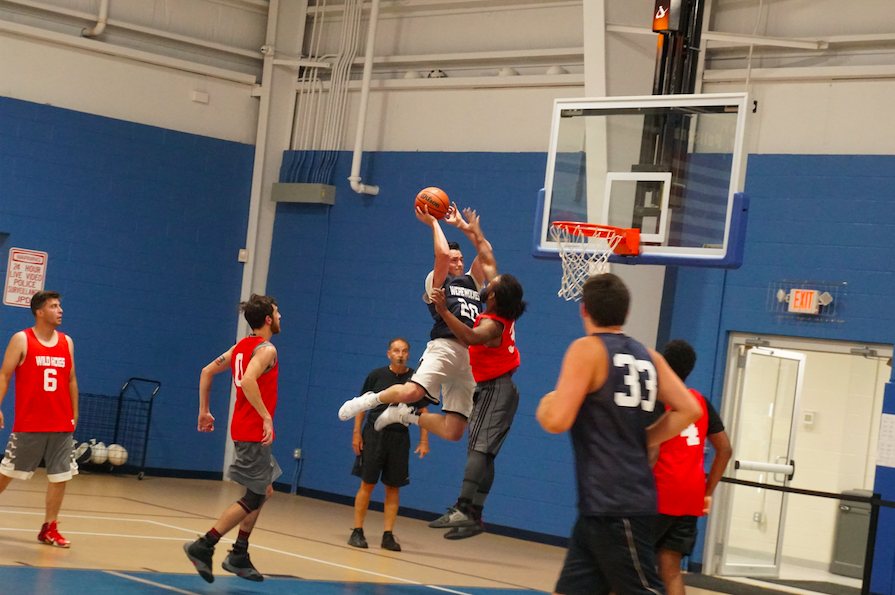 Brian Heston was a man on a mission tonight as he carried his Werewolves to a victory over the Wild Hogs, 57-49. Heston finished with 33 points, and snatched up 16 rebounds along with four steals.

Mike Banderi‘s heroic performance was wasted for the Wild Hogs as poured in 29 points, while grabbing 21 boards, ten of which came on the offensive end.

The Wild Hogs came out the gates hot, as Banderi and Sunny Guelce were able to connect from downtown early. They did an excellent job of contesting everything at the rim, making them earn every bucket they got. The Wild Hogs sat with a comfy 21-13 lead at the end of the first quarter.

It was only a matter of time before Heston got things going for his Werewolves, as he went on a 9-0 run to give them the lead. He was very active on defense, creating many scoring opportunities on the break. None more impressive then his steal of the inbound pass followed by a poster.

Although Heston was the star tonight, he was very quick to credit his teammates.

“We were playing together,” Heston said. “I know i scored 30 points, but everyone else helped to get there. I credit my teammates for helping me get that. We’re all about winning, so if I’m rolling they’re giving me the ball and we’re scoring that way.”

His teammates also played tremendous team defense, as they were able to hold the Hogs scoreless for the first seven and a half minutes of the second quarter, while they finished with just four points in the quarter.

They were never really able to get into an offensive rhythm for the rest of the game as the Werewolves pulled away in the final minutes against the Hogs.

Neither teams supporting casts could get anything going offensively as both teams struggled. The Werewolves and Wild Hogs shot 29 percent and 17 percent from the field, outside of Heston and Bandieri. It wasn’t the prettiest of performances we’ve seen from either team, but most certainly made for an entertaining game.