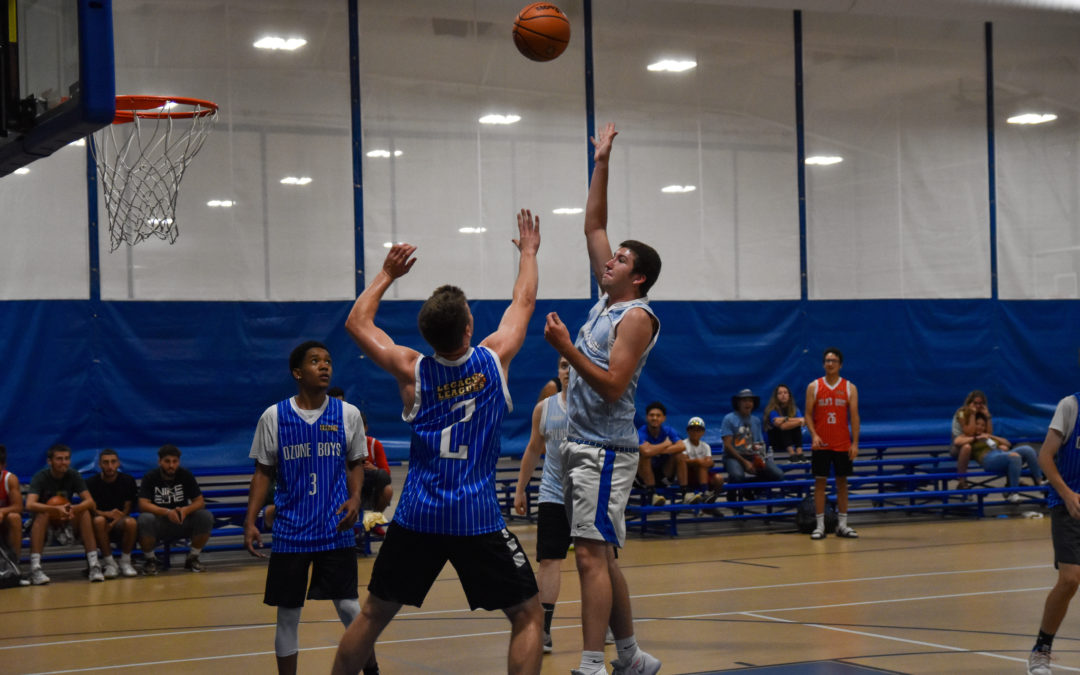 In a low scoring game between the Werewolves and the Ozone Boys, the Werewolves came out on top, 63-59. It was a game where the team that had the most effective defense, would be the winner.

With 10 team steals and four team blocks, the Werewolves muffled the Ozone Boys’ fast pace and high-flying offense. The Werewolves were led by Brian Heston, who was a stat-sheet stuffer with 28 points, 11 rebounds, three assists, two blocks and four steals.

Heston proved that he is a top two-way player in the league and the Werewolves are a frightening team when he’s on the floor. With support from Bryan Yarce, who added 20 points, there was a constant two-headed attack that was ultimately too much for the Ozone Boys to overcome.

For the Ozone Boys, they were again without Patrick and Luke Hogan, a tandem that adds excitement and competitiveness to their team’s identity. Jason Larosilliere, who’s athleticism often overpowers defenses, ended with 30 points and seven rebounds.

Yet, the Ozone boys still fell short. Besides Larosilliere and Noah Berg, the rest of the team struggled to score against the collapsing Werewolves defense.

The Werewolves used a 22-8 fourth quarter to complete the comeback and advance to the Semifinals, where the ninth-seeded Duje’s Boys await after they upset top-seeded Boom-Shakalaka.