Hitting shots the key for the Halfway Crooks 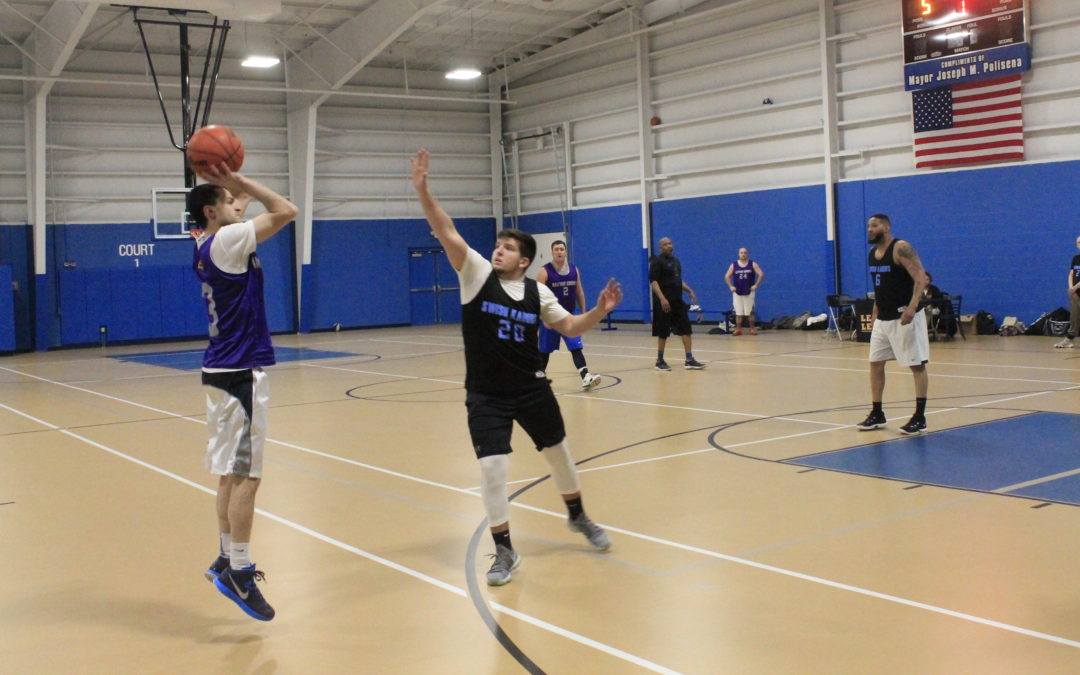 The Halfway Crooks pulled out the win on Wednesday night against the Swish Kabobs, 64-59, in overtime thanks to clutch shooting with the team making every free throw in the extra period.

“I thought we were hitting a lot of shots,” the Halfway Crooks Joey Zocco said. “I’d be curious to see the shooting numbers. It felt like we were hitting more shots than we were missing in the first half, and then in that second half the game kind of came to a halt.

“There were a lot of fouls and a lot of free throws. When you make your free throws it increases your chances of winning, and in the overtime that’s what if came down to.”

All of these stats have led them to an 8-1 record on the season and the second seed in the upcoming playoffs.

Every member of the Halfway Crooks can shoot the ball, and Wednesday night’s game was no exception. Brett Cody led the team with 20 points and six three pointers. 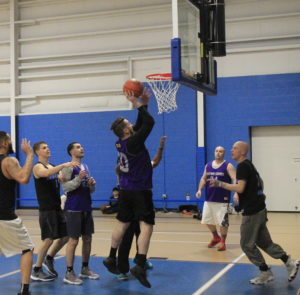 “He’s part of that shooting equation, so when he’s hitting shots, that’s another player on our team that can shoot,” Zocco said. “I think I’m a decent shooter, Jared Hanson hit some shots, Mike Wilbur hit some shots, whatever we get from the outside from Dylan Lincoln is a bonus because he’s so good down low. When Brett’s hitting, it’s harder to guard us.”

The Halfway Crooks were able to move the ball around well, which allowed every member of their team to score at least two points in Week 10. Good ball movement, plus outside shots falling makes for a dangerous team in a one-and-done playoff scenario.

“When we are hitting shots, it creates one-on-one situations for all of our players, and I like our chances against anyone when it’s a one-on-one battle.”