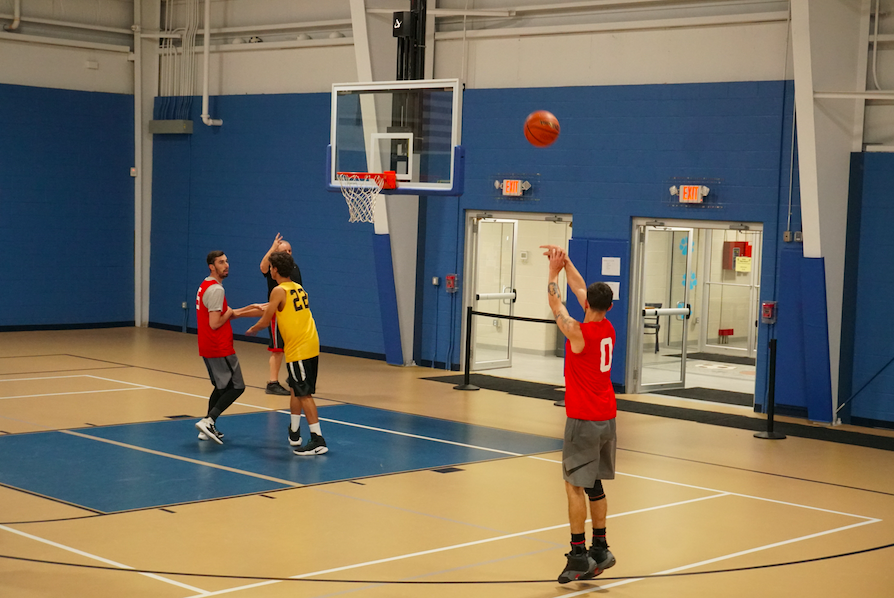 Mike Bandieri was his usual self for the Wild Hogs tonight as he lead his team to a 58-50 victory over Shake N’ Bake. Bandieri finished with a game-high 21 points, to go along with 11 rebounds and four assists.

Shake N’ Bake was the more aggressive team early on as they led by as many as eight points by attacking relentlessly inside. A Wild Hogs defensive adjustment worked well as they changed from a man to a two-two zone, forcing Shake N’ Bake to shoot from the outside which they have struggled to do all year. They shot a dreadful 5-of-21 (23.8 percent) from beyond the arc and were never really able to get in any offensive rhythm.

The Wild Hogs forced them into 11 turnovers, and held them to 35 percent shooting as a team. That’s not a recipe to get your first win, but it was definitely a boost for the Wilds Hogs.

“It’s something to go off of, a good way to end the season,” Bandieri said.

The Wild Hogs battled Boom-Shakalaka to a close game in last season’s playoffs, and are ready to improve on that result when they take on second-seeded Lob City in the Quarterfinals this season.

“I wasn’t here last year, and we didn’t have Sunny last season either, so that’s two big people stepping up,” Bandieri said. “And if Joey Coro comes then I think we’re ready to go.”

Shake N’ Bake enters the postseason as the 8-seed and will try to pull off the impossible by upsetting top-seeded Boom-Shakalaka.