Holmes dominates in debut against the Goons 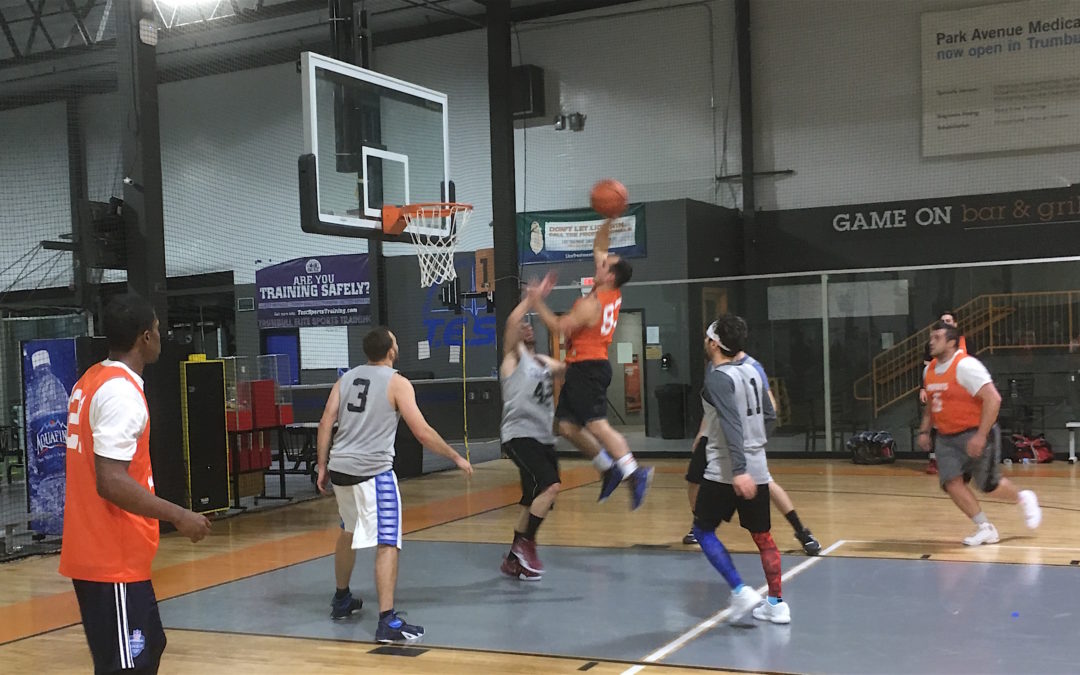 In his debut for Sportslook, Tyrell Holmes went for 20 points, 6 rebounds, and 6 assists in the 82-51 blowout versus Goon Squad.

“It feels great. It’s my first week on the team, so they definitely welcomed me and gave me a little free range to do what I wanted to do and we got the ‘W,’ so that’s what matters,” Holmes said.

It was apparent from the start that Sportslook would likely get its first win of the season as they started out the game on a 15-3 run. Throughout most of the first half, Scott Benzing took control and had himself a game along with Holmes as he finished with 18 points.

Benzing and his group powered their way on the offensive side of the ball, while preventing the dangerous Matt Marconi of Goon Squad on defense. When it was time for Benzing and his group to sub-out, it was the “Tyrell Holmes” show. It all came down to the fact that Goon Squad had no answer for Holmes’ imposing playmaking ability late in the game.

“After we went up, we had a streak where we didn’t shoot that well, but Nick [Bacarella] told us to keep shooting and they started falling and the lead just got bigger and bigger as we went.”

Marconi and Brandon Massaro were the only two to finish in double-digits for Goon Squad as they had 13 and 11 points respectively. The Goon Squad as a whole shot a disappointing 39 percent, which correlated to their lack of success on offense.

While it didn’t seem like much of a blowout as the game was going on, Sportslook’s lead kept on growing as the team shot an impressive 55 percent from the floor.  This Sportslook team looks to be as experienced as ever and will face a tough test next week when they face a resilient Red-emption team.

As for a Goon Squad, they will match up against The Firm next Tuesday.