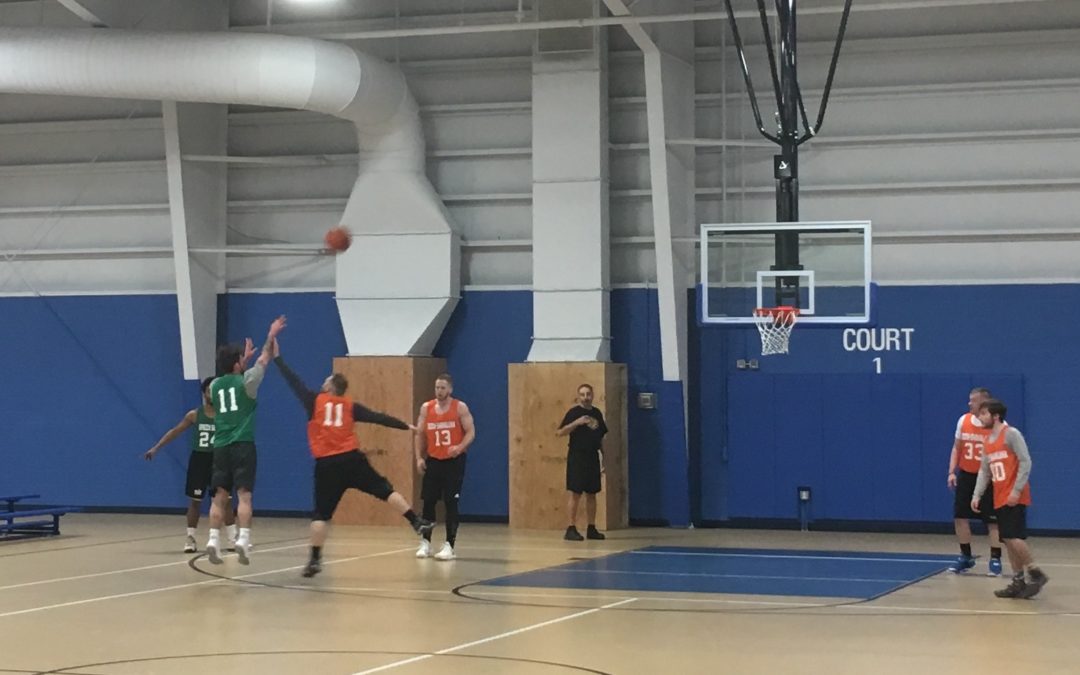 In a matchup of two top-tier teams, Green Squad was able to outlast Boom-Shakalaka, 84-68. It was a well-rounded effort by Green Squad, as four of their five players scored in double-digits. Greg Holt led the way, finishing with 31 points on 76 percent shooting to go along with 11 rebounds. Brandon Sweeney led the way for Boom, scoring 35 points to and 12 boards. Eighteen of his points came from behind the arc.

Holt came out firing early, scoring 10 of his team’s first 12 points. Boom, however, matched them bucket-for-bucket early on as Green Squad would cling to a two-point lead at the end of the first. Green outscored Boom by 10 in the second quarter but extended their lead to as much as 15.

Boom made a run in the third quarter, getting the lead down to as much as seven, but couldn’t chip anyway any further. But knowing his opponent, Holt knew they wouldn’t go away.

“They’re a tough team just like they were last year, which is the reason why we played them in the championship so they’re always a team to look out for.” he said.

Reigning Player of the Week Victor Kashouh Jr. was able to flirt with another triple-double to go along with Cody Crawford and Jordan Ferretti scoring 18 and 17 points apiece. They played aggressive defensive all night and were able to get out in transition.

“We’re a momentum type of team, and it shows on the court,” Holt said.

Green Squad will look to carry this momentum into next week against Halfway Crooks and Boom-Shakalaka will look to bounce back against the Swish Kabobs.