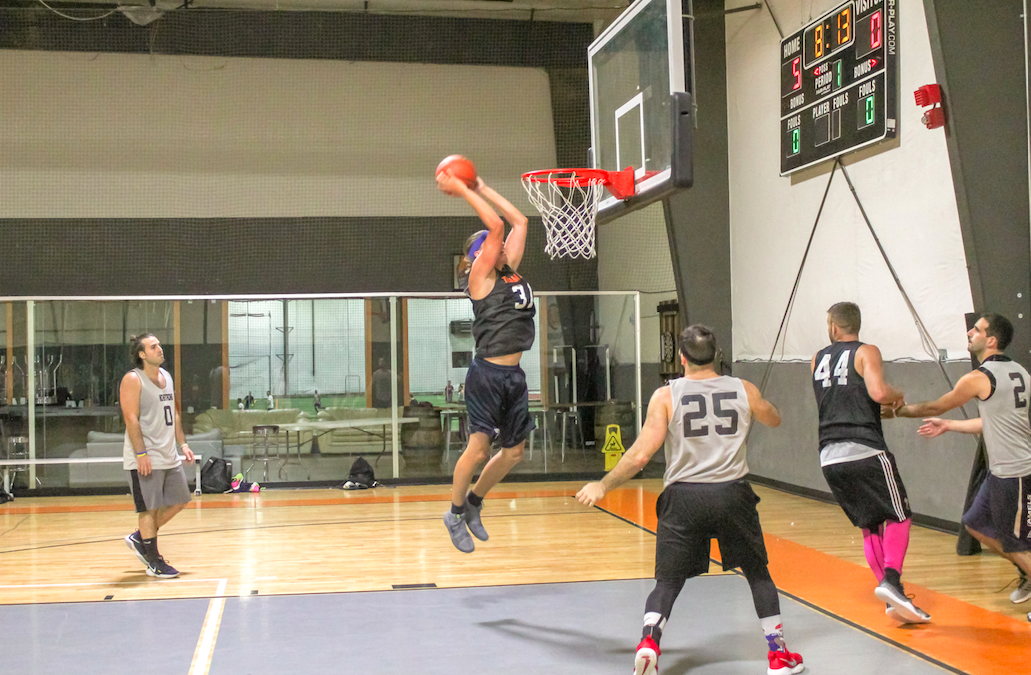 In a showdown between two defensive teams, Team Moose came out on top.

NickStrong’s season ended Monday night with a 66-61 lost in the Quarterfinals, which means Team Moose will advance to the Semifinals on Thursday night.

Both team’s defensive effort was evident after looking at how many points were scored. However, Melquan Horton was the biggest difference maker in the game.

Horton finished the game with 31 points and five boards, hitting 12 of his 16 shots while also shooting 50 percent from downtown. Not to mention, he played a huge role in the defensive game plan set by Team Moose.

The bulk of the shots and points came from Horton which was well needed especially with the absence of Jackson Meshanic who averages the second most points on Team Moose.

“It was all about keeping the game under control, we knew they had a problem beating everybody, so just play a little isolation,” Horton said.

Everyone scored on Team Moose Monday night, including a light 15 points and six assists from Kevin Blake, as well as 11 points from Tyler Disabella. As a team, they shot 50 percent from the floor and 44 percent from the three.

Horton is fired up and eager to play in the Semifinals, and will have a chip on his shoulder when Team Moose faces Shocker City on Thursday night.

“Shocker City, hurry up and win this game, because last time I saw Mike Davis, he called me a bum,” Horton said.