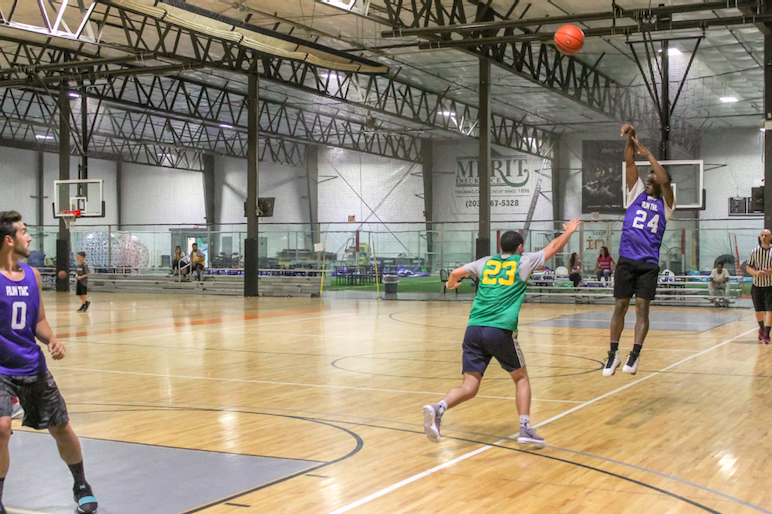 Run TMC is starting to get hot and the rest of the league is being put on notice with a 111-67 win over the Head Hunchos in Week 4. Run TMC lead the league in made threes coming into this Week 3 matchup and they continued the hot shooting on Monday night.

TMC shot 57 percent from three as a team, led by Will Hudson and Reggie Stewart who combined for 60 points, 15 rebounds, and 13 assists. Stewart is having an MVP-caliber season averaging 26.5 points, 8.3 rebounds, 8.5 assists per game.

This TMC team is looking like a true title contender and all the top contenders in the league should fear their shooting from three. Cody Dilenardo even had high praise of Stewart.

The Head Hunchos need to find some help outside of Brett Cody, who had 26 points once again and continues to be a lone bright spot for the Hunchos. On the season he is averaging 25.5 points on over 50 percent shooting from the field and three, yet only one other player on the Hunchos average’s double digits.

This was the same story Monday as the Hunchos only had one other player in double digits and as a team. They struggled mightily only shooting 30 percent from three against a TMC team where three-point shooting is a strength. The Hunchos will look to bounce back versus a very tough Shocker City team next week.

Kajuan Bynum is an important piece for Run TMC. Bynum gives this team another inside scoring threat and a big body on defense, both are things TMC will need next week when they take on The Throne.

“When we are hitting our threes we can run with the best of them,” Tyler Feldman said. “With how well we run in transition, we’re hard to stop.”