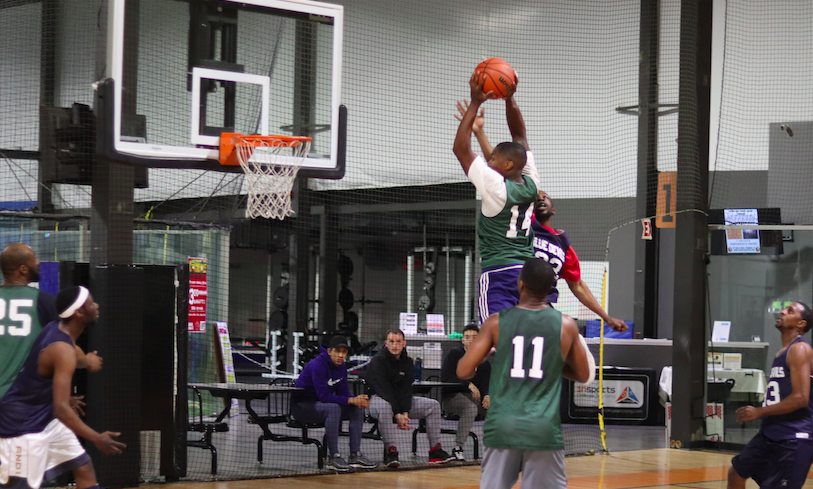 In a Semifinal matchup between two very evenly-matched one-loss teams, the no. 3-seed The Chasers came out on top over the no. 2-seed Blue Devils on Monday night, 78-71. The Chasers will play the undefeated No Limit squad on Tuesday night for the championship, after No Limit defeated the Temptations in the other Semifinal.

The Chasers came out on fire to start this game, as they quickly went up by double-digits. Diontay Washington was hitting some very difficult shots, and got his team off to a great start. The Chasers put up 30 points in the first quarter, and outscored the Blue Devils by 15.

The second quarter was a different story, though, as the Blue Devils went on an early run to cut the deficit to six at one point. The Blue Devils played another strong quarter in the third, and they trailed by just six heading into the final quarter. They ended up losing the game by seven, as their first quarter struggles put them into too big of a hole to climb out of.

The Washington brothers combined for 53 of The Chasers’ 78 points, and really led way for their team to get the victory. Diontay Washington was excellent all night long, as he started out hot in the first quarter and never looked back. Diontay Washington scored 35 points on 14-of-23 shooting, while also knocking down four three-pointers. Jerry Washington also had a strong game, putting in 18 points while dishing out seven assists.

The Chasers offense was cooking all night long, as they shot 57.4 percent from the field. The Washington brothers will need to be huge again on Tuesday if they want to take down No Limit.

For the Blue Devils, Mike Davis was his usual self, scoring 34 points. Zaccari Graham had one of his better games of the season as well, as he scored 16 points on 7-for-11 shooting. As a team, the Blue Devils really struggled to hit shots, as they made just 5-of-29 from three-point range.

Tuesday night’s championship game between The Chasers and No Limit should be a fun one as two very good teams will battle for the trophy. Expect a fast-paced and competitive game in a matchup that will feature a number of elite players.