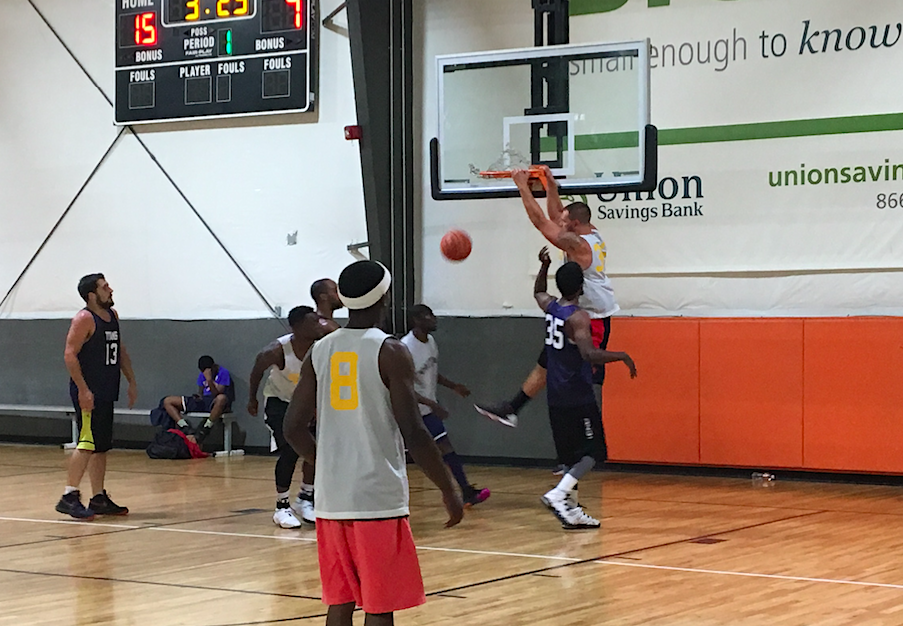 The winless Titans came out of the starting gates hot Tuesday night against The Brotherhood, but Russ Payton and his 21 points cooled them off pretty quick, as last season’s champs cruised to a 79-42 victory.

The Titans Ty Drish and Larry Littles, both finishing with 10 points, helped their squad battle in the first half, as they only found themselves down 25-20 half way through the second quarter.

“We’ve got our new coach, we’ve got some new guys back this week, so we’re feeling confident” the Titans’ Greg Horne said at halftime. “We just have to keep up the defensive pressure and keep pushing the ball up the court to be successful”

Unfortunately, the Titans did not repeat their first half performance in the second half, as The Brotherhood pulled away from them 41-17 in the second half with Payton, Derrick Davis and Tim Adanti all scoring in double digits.

“Later in the season when (the Titans) get a win under their belt, they’ll be a team to look at,” Davis said.

The Brotherhood will try and defend their undefeated streak, dating back to last season, against Run TMC next Tuesday, while the Titans will look to get their first win on the season next week when they face the unbeaten Blood, Sweat and Beers.