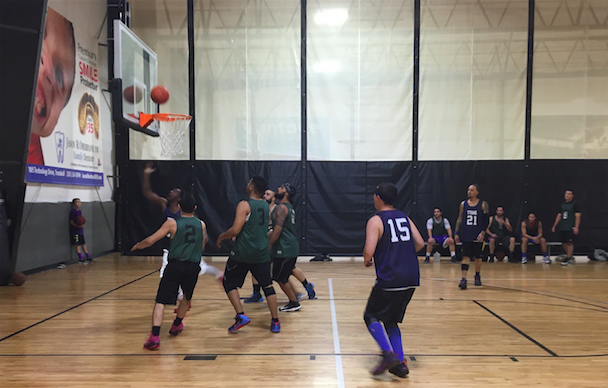 You will not win many basketball games if you are outrebounded by 14. The Titans proved to be the exception to this rule, defeating the Kekambas, 62-54, with 36 combined points from the Echols’ brothers.

Steven Echols went 7-for-11 from the field, and his brother James went 6-for-9, contributing 20 and 16 points respectively for the Titans, who extend their win streak to three games. Just three weeks ago, they sat 0-5, and the panel questioned if they could get a win on the season. After setting early season communication issues and adjusting to the league, the Titans have resurrected their season on the merits of three straight victories, albeit against weaker teams.

The Kekambas were a one-man show on offense, with Chris Aaron the only player in double-digits scoring. He dropped 25 points on the night, displaying an arsenal of dribble moves and a nose for the rim, yet none of his teammates could match his offensive contributions. This is evidenced by their 18-for-57 performance from the floor.

The Titans, on the merits of their three-game win streak, look to be giant killers as we approach the playoffs. Their focus in their win streak has been playing fundamentally as a team.

“Everybody did what they had to do,” the Titans Steven Echols said. “Whether it was grab rebounds, box out, set picks, everyone did their job.”