Howie Miller, No Limit pull away as Stranger Danger continues to slide 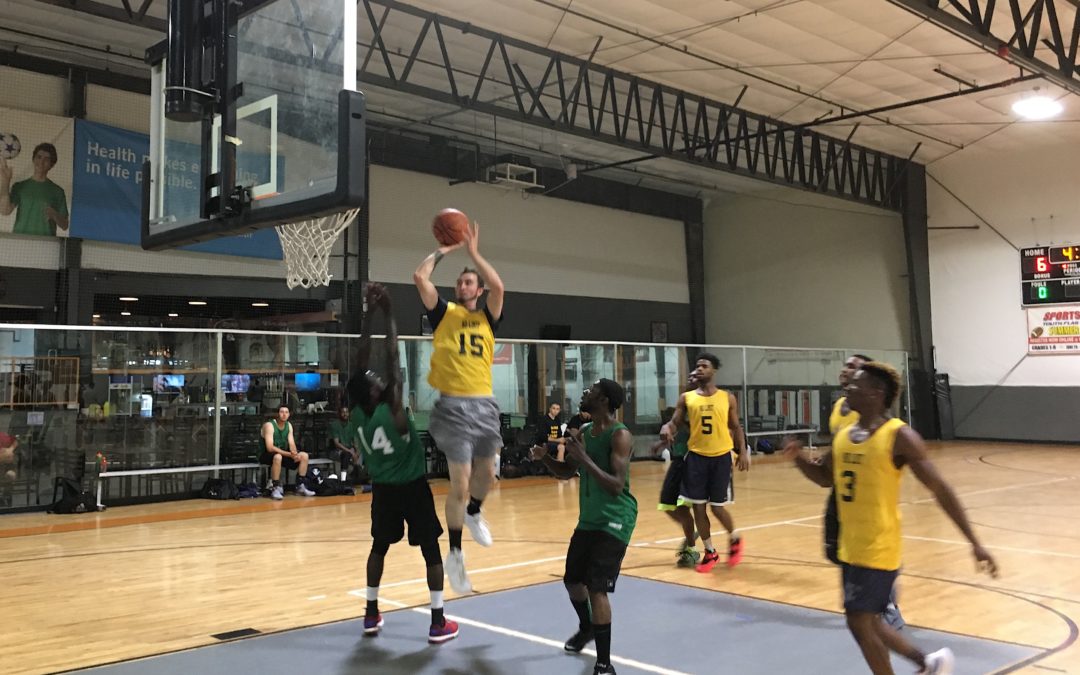 With Stranger Danger coming off a 16-turnover performance last week, No Limit knew the game plan heading into their Week 5 matchup.

“They’re a turnover prone team, so we put the press on specifically for them,” Tarell Vargas said. “So everyone who was watching, that’s what we’re gonna do to everyone we play.”

No Limit went with a full-court press and gave Stranger Danger trouble in the mid-court and on inbounds passes, using the hot-hand of Howie Miller to pull away for a 90-74 win and to remain undefeated through the season’s first five games.

Miller, a two-time All-Star, poured in a game-high 31 points as his teammates declared him the best scorer in the league as each three-pointer found the bottom of the net.

“Not even the best scorer,” Vargas said of his teammate. “He’s the best player in the league.”

Miller certainly looked the part on Monday night, pouring in a steady diet of three-pointers to maintain a comfortable lead for No Limit, while Stranger Danger crumbled under the press and succumbed to their turnover demons for a second straight week.

Bernard Brockenberry had his three-point stroke for Stranger Danger and finished with a team-high 21 points, but the team couldn’t put together a run due to No Limit’s suffocating defense.

The contest featured two teams who are seemingly heading in opposite directions. No Limit moves to 5-0 with the win and currently sits at No. 2 in the power rankings, behind only The Brotherhood. Meanwhile, Stranger Danger continued to have internal conflicts on their own bench and have now dropped three of their last four games, with a tough few weeks ahead of them.

For No Limit, they believe there should be an adjustment in the power rankings, specifically at the top, where The Brotherhood currently stands alone.

“They’re a great team,” Vargas said after the win, “but we’re coming for them.”

Ty Sands, who finished with 16 points, agreed with this sentiment.

“There’s no way we’re not number one,” Sands said. “[The Brotherhood] are a great team, but they’re not No Limit.”