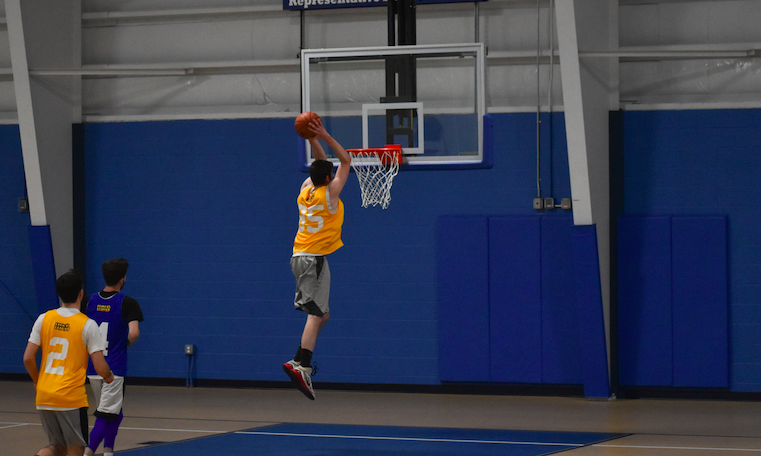 The Pizza Rolls were in the hunt for their first win of the season, but came up empty handed after the Skyhookers snap their wishful thinking in a 20-point blowout, 73-53.

The Pizza Rolls got out to a strong, early lead, 19-31 following Rocco Lombardi’s triple to end the first half.

The Skyhookers responded in the third quarter with execution, defense and ball control, leaving the Pizza Rolls trailing 44-31 at the end of the period.

After the half, the Skyhookers rallied. According to one of the team’s top scorers with 12 points, Zach Ward, his team stuck to a simple yet effective game plan.

Chase Almond lead the SkyHookers in scoring with 19 points, followed by Brendan O’Donnell who dropped 18 points of his own.

Rocco Lombardi posted 27 points for the Pizza Rolls, followed by Benjamin Floyd with 14. Zachary Dionizio and Anthony Barone both each contributed six points.

The Skyhookers now improve to 2-1 while the Pizza Rolls fall to 0-3. Despite the Skyhookers having won two in a row, Ward joked after the game about the direction of this team.

“No, no growth at all,” Ward said. “We’re going downhill from here on out.”