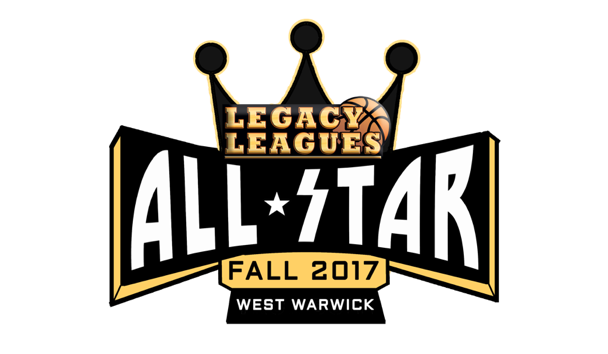 The All-Star Game has become a tradition that everyone looks forward to in just about every professional league. It encompasses the best talent that a league has to offer its fans as they go head-to-head in a showcase matchup.

Here at the Legacy Leagues, our mission is to help you build your legacy and leave your mark in the game that you know and love. Here is how the first Legacy Leagues All-Star Game in Rhode Island league history is going to work:

Our All-Star game will consist two, six-man rosters that will be voted on by Legacy Leagues officials. Of the 12 total All-Star spots, six will be reserved for one member from each of the six teams in the league, while the remaining spots will be awarded to the next five players to receive the most votes from any team.

Two of the top vote-getters will serve as captains for each of the All-Star teams, and will get to pick their six-man squad out of the pool of All-Stars during our Legacy Leagues All-Star Draft. Brian Heston of the Werewolves and the Skyhookers’ Brendan O’Donnell will choose their teams when the Draft is broadcast live on our Facebook page. The draft will be held on November 29 at 6:15pm.

The All-Star game will take place on December 13 at 7pm, right before the Championship Game. Due to this timing, the players who are named All-Stars will have a similar decision to make of those NFL players who are selected to be in the Pro Bowl: any player that plays for one of the two teams that make the Finals will have to decide if they want to play in the All-Star Game right before they would have to play in the Championship.

If a player chooses to defer, then a substitute All-Star selection will be put in their place. This substitute selection will be picked from a group of players that were “runners-up.” Don’t worry, any player that chooses to skip or cannot physically play in the All-Star game will still be recognized as an All-Star for this season, and will still have that honor on their resume and in their Legacy Leagues player bio.

The team that wins the Championship (December 13, 8pm) will be awarded the Championship Trophy during our live trophy presentation ceremony on our Facebook page immediately following the conclusion of the Finals.

The entire playoff and All-Star schedule can be found at the bottom of the schedule page, and is below (all games at Wakefield Hills Elementary in West Warwick):