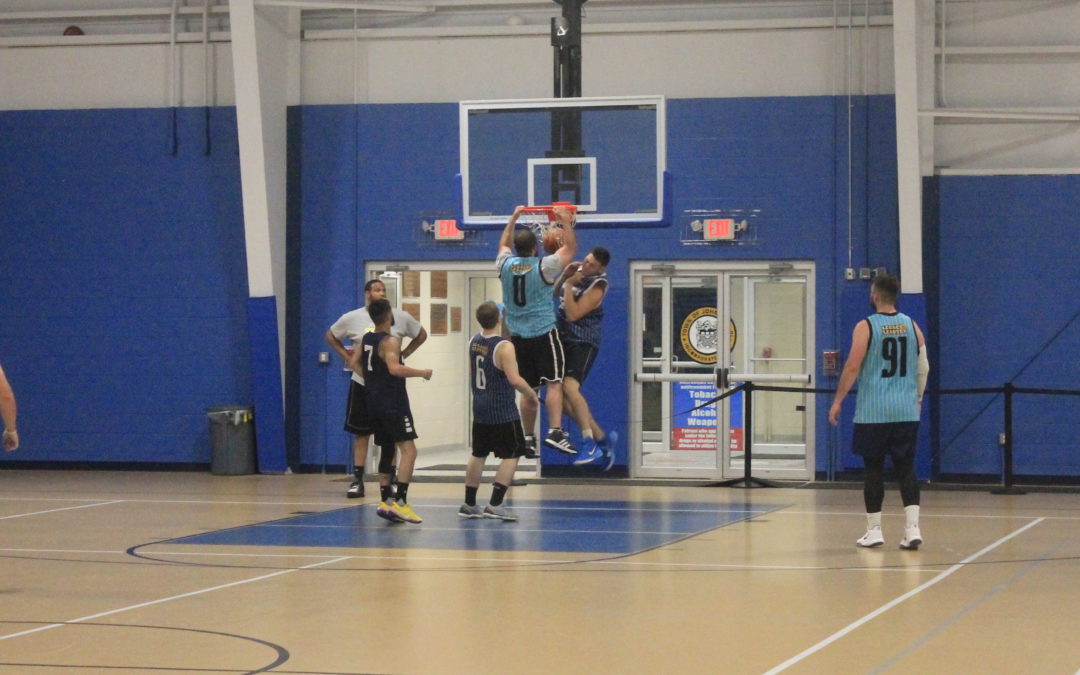 Island Time pulled through with their fourth win of the season this Tuesday night, 62-60, with a team looking more and more ready for the playoffs by the week.

Island Time faced the Werewolves, who prior to Tuesday were 4-3 and stacked with a team of Legacy Leagues veterans. The Werewolves were able to just barely hold onto their initial lead throughout the game.

Their speed down the court certainly helping push them past Island Time to an early lead.

“We know to play to our strengths,” Dexter Loux said. “We’re old men, we’re not going to be running up and down the court with these kids. We have to play slow and at our own pace, and you know it worked out in the second half there for us.”

Island Time was able to come back in the fourth quarter. Island Time’s smarter defense in the second half was key.

“We know our height and our bodies are our strengths,” Loux said. “We got the Winchell brothers, we play through them. It was a tough matchup They have some big boys themselves, but we feel comfortable going through them and kind of working the offense through them.”

Jeff and Nick Winchell certainly do play a key role on Island Time. Jeff was the team’s overall leading scorer, putting up 21 points in Tuesday’s game.

In what certainly looked like a playoff-caliber game, both Island Time and the Werewolves prove to be contenders for the month of August. Island Time has gained a lot of momentum going into next month, winning three in a row now as Loux noted in his postgame interview.

With Kendall Gillians absent this week, Island Time looks forward to having him back next week for the final regular game of the season, hoping to make it four wins in a row.

“We’re looking forward to next week and you can bet on that,” Loux said.