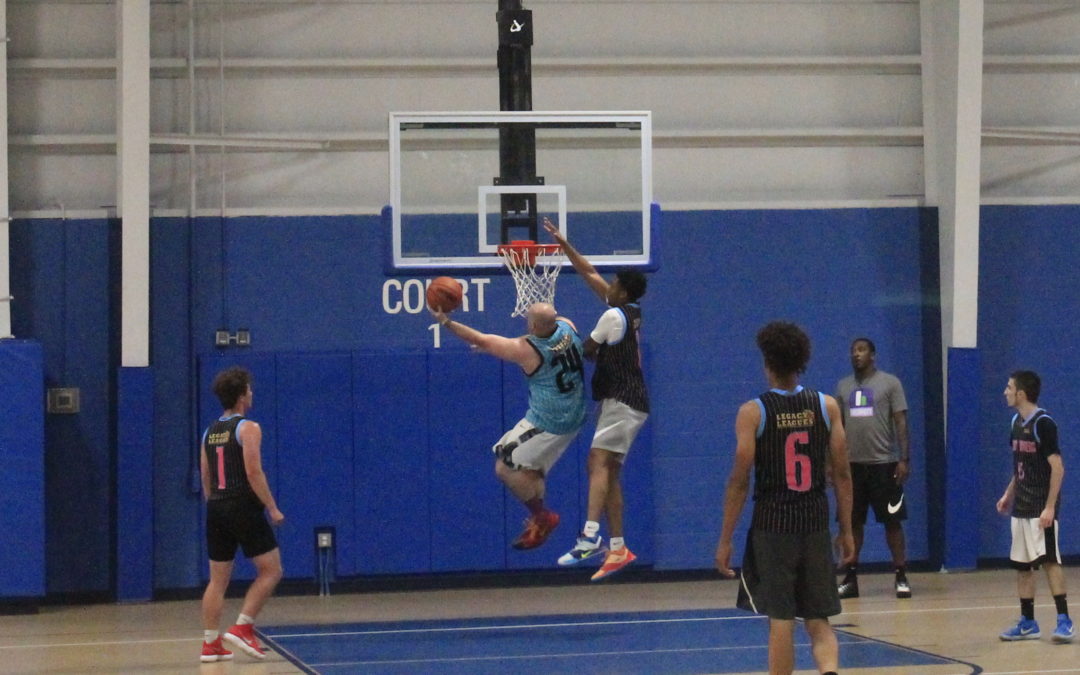 In this weeks matchup between two teams desperate for a win, Island Time squeaked by the Shady Dunkers, 73-66.

Island Time is just beginning to catch their stride, becoming winners of two-straight games after only winning one game through the first five weeks of the season.

“You know we’re feeling pretty good, that was a big win for us, it was the prime time game of the week. 10 o’clock west coast, only game on. It felt good, we’re playing good ball right now”, said Island Time’s Dexter Loux.

That they are after dispatching of their last two opponents since picking up free agent Kendall Gillians, who through two games is averaging, 21.5 points, 9.5 rebounds, and four assists. The addition of Gillians seems to be a great reason for their recent success.

Physicality has also been something that has set Island Time apart.

“We’ve got a couple bruisers down low in the Winchell brothers, tag team champs of the Legacy Leagues,” Loux said. “We feel like we can physically matchup against any team in the league.”

Although Island Time can be a very imposing team, the Shady Dunkers put up a strong fight against them on Tuesday night. Caleb Harris scored 24 points, Kennsy Marte scored 20, and Aaron Gray was held to 17. After that the rest of their team scored five points combined, the epitome of a big three.

Island Time is beginning to role at the right time of the season, and they’re as hot as any team in the league.