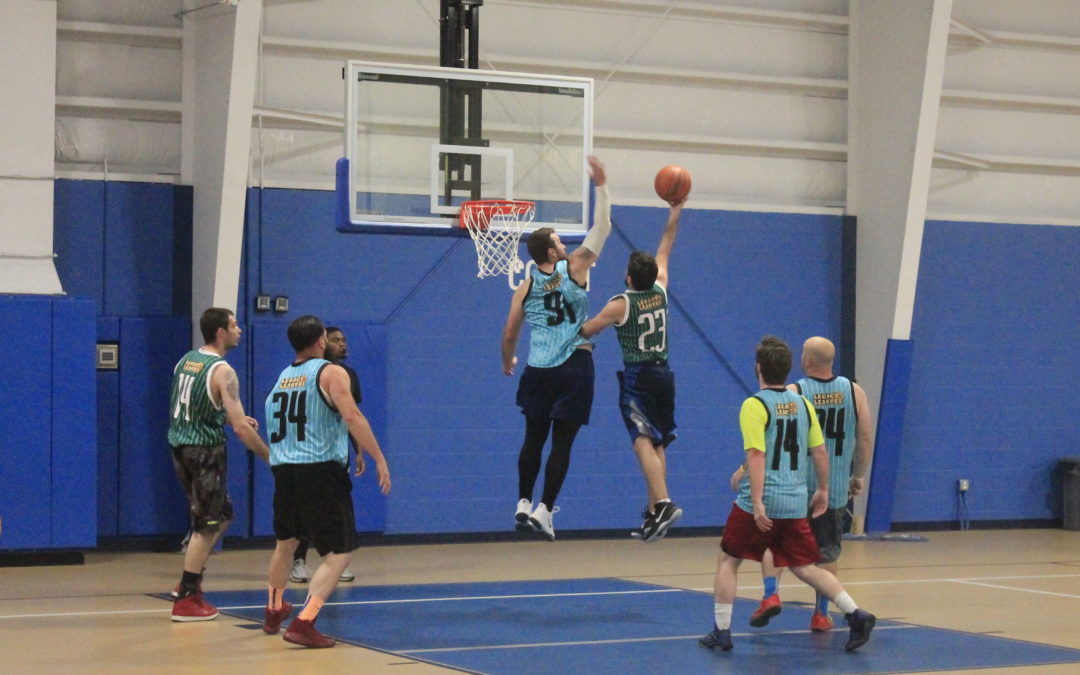 Following two weeks of play, more is known about each team. However, this does not mean that the expected will always happen. We saw that as Island Time earned their first win of the season while handing the Stampede their first loss.

This game was close until the very end. The two teams battled back and forth until the final buzzer in regulation, and then some. It looked like it would be over without the extra period as Island Time held a five-point lead with about ten seconds left.

‘Austin Barkley did not plan on going down quietly as he scored a layup, stole the inbound and put up a three at the buzzer. Jeff Winchell tried to block the ball, but it was ruled as goaltending, which sent the game to overtime. Island Time took care of business in overtime and walked away with a 66-61 victory.

Island Time was led by Mike Wilbur with 21 points and Jeff Winchell with 19 points. Jeff Winchell also added nine rebounds which helped Island time compete with the size of Stampede that has helped them win the other games they have played up to this point.

Stampede did not look like the same team we had seen in their previous games. They shot only 35.7 percent from the field, and 27.6 percent from three-point range. John Peterson went zero-for-six from beyond the arc after proving himself as a shooter in both of the previous games this season.

After the game, Dexter Ioux stated that “Island Time is here to stay.”

Island Time will look prove just that, and build on this win next week against the Ozone Boys. Meanwhile, Stampede will try to get back on the right track against the Duje’s Boys.