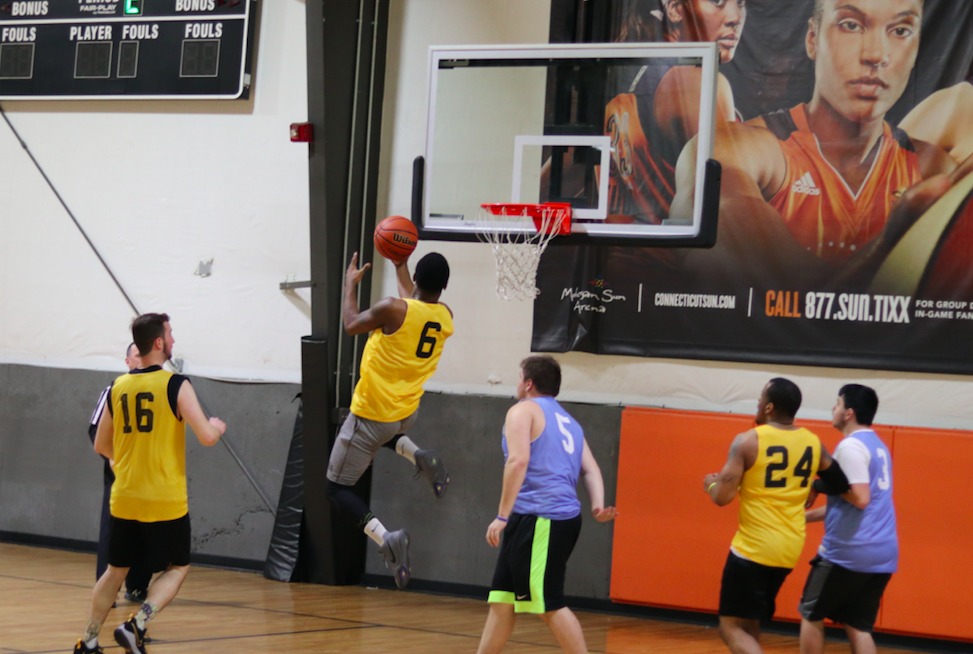 No Limit (4-0) continues to prove why they are one of the elite teams in this league, as they improved to 4-0 on the season with a dominant victory over Blood, Sweat & Beers (0-4), 113-54. The game was never in doubt with No Limit leading by 19 points after the first quarter and by 43 at halftime.

Through four weeks, No Limit has outscored its opponents 407-255. Although their schedule will get much tougher starting in Week 6, they have utterly dominated their opponents thus far.

No Limit plays an unselfish brand of basketball, as they assisted on 37 of their 48 baskets. No Limit dominated the boards in this one as well, as they out rebounded BS&B, 53-20.

Six of No Limit’s seven players scored in double-figures. As a team, they shot 57 percdnt from the field and forced 16 turnovers. Eric Singleton led the way with 31 points, four assists, four steals and three blocks.

Singleton has emerged as a serious MVP candidate,  averaging 25.8 points on 68.3 percent shooting, 4.3 rebounds, 5.0 assists, 2.5 steals and 1.3 blocks through the first four weeks of the season.

“That’s my old team,” Singleton said. “We just wanted to go out and kill them, no mercy.”

Cody Dileonardo had another solid game for Blood, Sweat & Beers with 20 points, seven rebounds, and five assists. Dileonardo, who is averaging 16.5 points per game, will need more help from his teammates on the offensive end if they want to get into the win column in the near future.

Blood, Sweat & Beers will aim for their first win in Week 5 in a matchup with The Throne (1-3). No Limit will look to stay undefeated in Week 5, as they take on Stranger Danger (2-2).

“We’re not worried about any other team unless it’s the championship,” Singleton said. “It’s as simple as that.”