Jones and Smalls shine in win over Light It Up 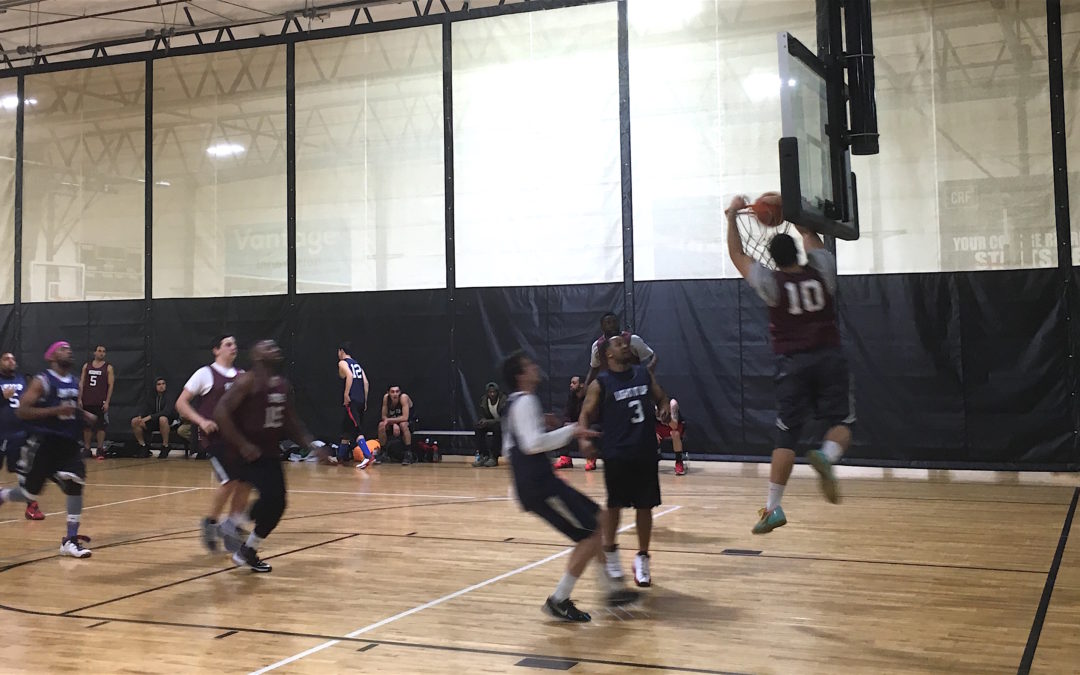 Jaylon Smalls and Jhamal Jones combined for over half of their teams’ points with 44 in the commanding 73-51 win over Light It Up. Despite a short comeback in the third quarter, The Rookies were too much as they shut out their opponent in all aspects of the game.

“It feels pretty good,” The Rookies’ Jaylon Smalls said. “That’s two back to back now, so we just hope that momentum carries on to the next game and the next into the playoffs.”

Light It Up’s Chris Rosario had a mediocre night, finishing with 25 points to lead his team, but was a rocky one of eight from behind the arc. Despite his scoring efforts, his teammates were nowhere to be found. Rosario was the only player on his team to score in double digits, which has become the normal for this Light It Up squad.

As for the Rookies, they have had various players, such as Smalls, Jones, and Eric Singleton step up and take on bigger roles. This Rookies team has started to hit their stride and Fall 2016 All-Star Jaylon Smalls is enjoying his newfound success after going winless with the Air Ballers last season.

“We got multiple players scoring 10 plus a game and when the teams working, that’s the best,” Smalls said.

The Light It Up crew has to find another player who can compliment Chris Rosario’s style of play if they have any hope of proving that they truly belong in the league. They will have a chance to get their second win in possibly their easiest matchup as they will face the winless White Magic on Monday.

Although the Rookies have won back-to-back games and appear to be a much improved team since the start of the season, they will be put to the ultimate test against a very physical Cereal Killers team next Monday at 10 p.m.

“I know a couple people on the team,” Smalls said. “You got Mike Davis, and Tyrhon [Coward], so it’s a pretty good game coming up. We’re going to eat though.”