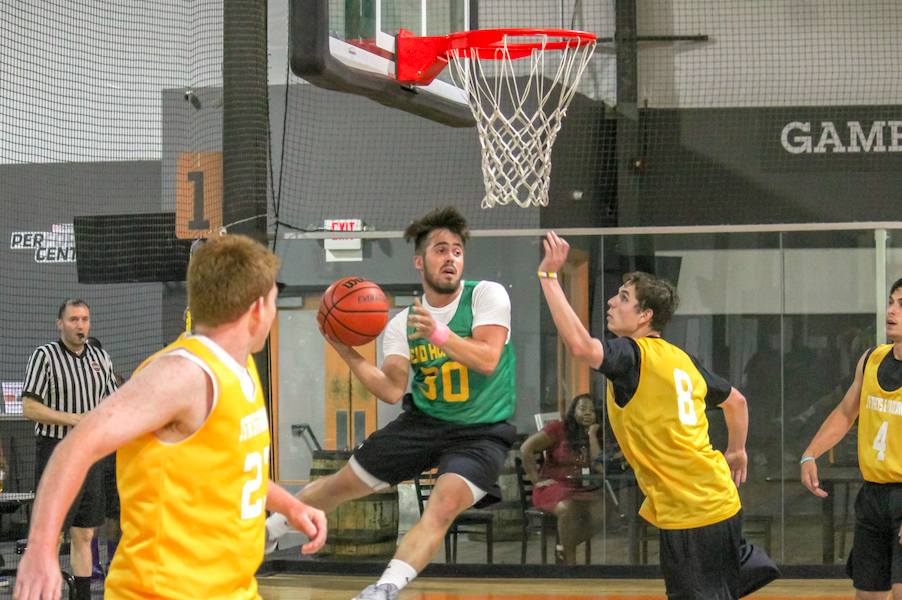 In a game which featured two teams looking to make a statement, the Head Hunchos prevailed over a hungry J’s Treys and Fadeaways team, 56-43.

Brett Cody and Kennan Carey continue to be a source of offense for this Head Hunchos team and as they go the Hunchos go and it showed tonight. The offensive gameplan was simple: get the ball to Cody and Carey and let them go to work.

Cody and Carey combined for 27 points and five rebounds truly being a catalyst for this team. When these two are playing at a high level there are not many things you can do to stop them and J’s Treys and Fadeaways found that out the hard way.

As for J’s Treys and Fadeways, it was a disappointing effort coming off of a great performance versus the Throne last week. They at times looked lost and out of sorts, even at times arguing with each other which is something we are not accustomed to seeing.

They are a very talented team with players like Joe Nemchek and Eddie Giovannini, but they seemed to  be out of sync as a team. Something the Head Hunchos have no problem with, they are focused on the game at all times, working to get into their opponent’s heads and rattled them.

“We came out slow, but we came together in the second half,” the Head Hunchos Danny Bartoli said.

The Head Hunchos outscored J’s Treys and Fadeaways 21- 9 in the third quarter, and they did not look back from there as they outscored their opponent 15-13 in the fourth to solidify their second victory on the season.

J’s Treys and Fadeways look to right the ship next week and figure out just what went wrong. While on the flip side, the Head Hunchos will look to build on their now two-game winning streak when they take the court next week.