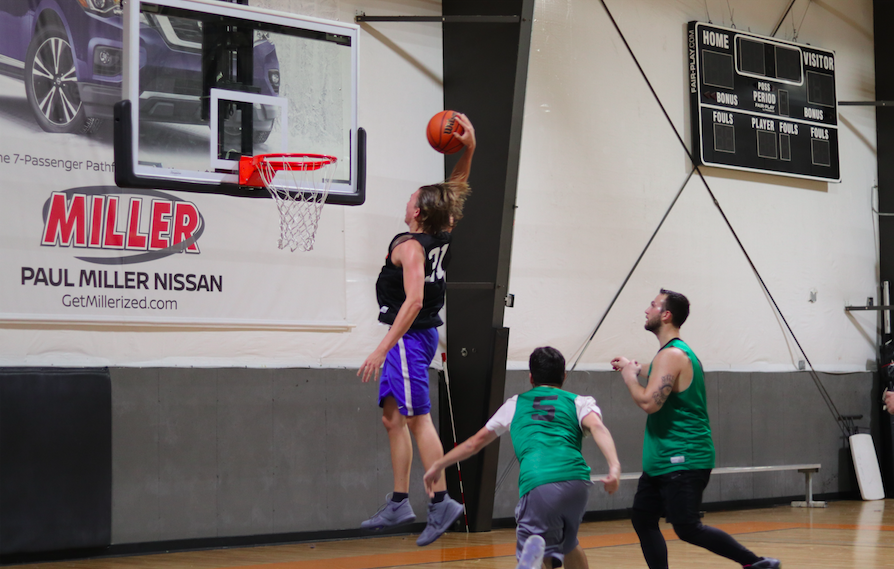 After Team Moose was held to under 40 points in a Week 2 loss to the Flint Tropics, they responded with with a 66-58 win over Stranger Danger in a battle of two 1-1 teams. Once Stranger Danger got off to a hot start in the first quarter, Team Moose was able to gain a two-point lead at halftime, but dominated the third quarter to pull away.

Known for their defensive prowess, Team Moose held Stranger Danger to just 35 percent shooting and did a great job forcing their opponents to settle for contested outside shots. Team Moose also did a great job getting to the charity stripe, as they attempted 29 free throws.

Kevin Blake had an outstanding game for Team Moose, as he scored 36 points and grabbed eight rebounds. He also got to the free throw line 17 times and made 14 of them. Blake’s 36 points come just one week after Team Moose was held to 35 points in Week 2. As a team, Team Moose attempted just four three pointers, a common theme for a team who loves to work the ball inside.

For Stranger Danger, Matt Zocco and Brendan Prutting combined for 36 of the team’s 58 points. Joey Zocco, though, shot 4-of-17 from the field and 3-of-15 from beyond the arc after scoring 25 point son 7-of-11 shooting in their win last week.

“Our offense has to get better,” Blake said. “We have to work the ball around a little bit more, take it to the basket and try to create some more open shots from the perimeter.”