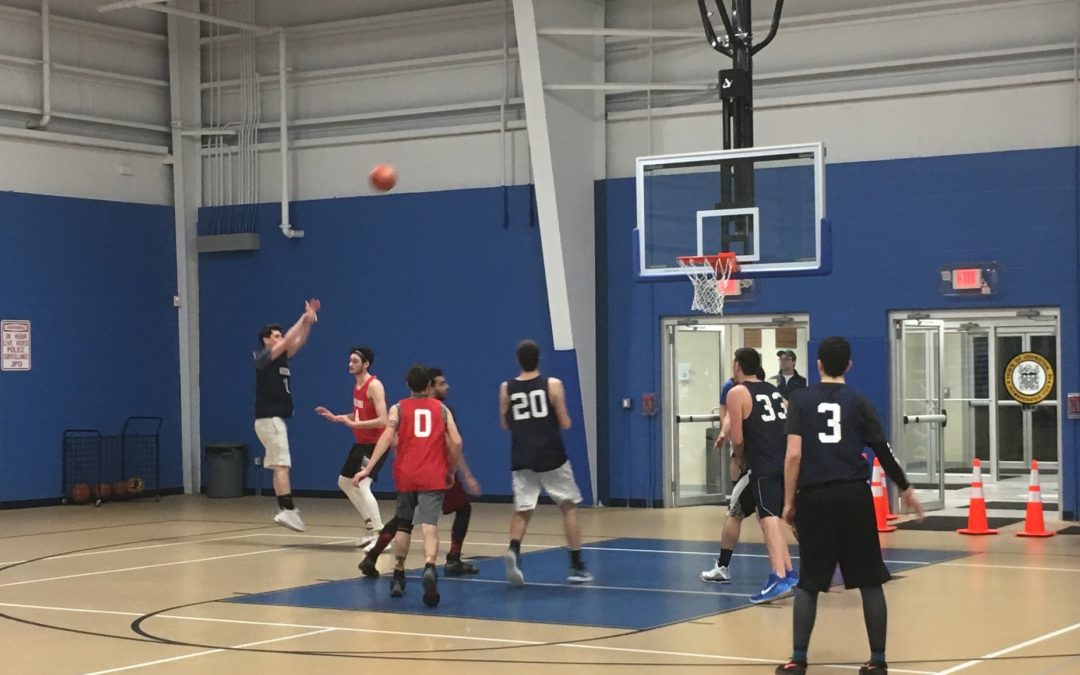 Gino Forte missed a floater with his team tied against the Wild Hogs, but Brad Allen was able to grab the rebound and make a game-winning layup as time expired to give the Werewolves their third win of the season.

Coming off back-to-back wins since starting 0-1, the Werewolves came into this game hungry for their third victory, but the dreaded Wild Hogs would not go down without a fight in search of their first win of the season. The Wild Hogs controlled the game for the most part, even being up by as many as 14 at one point, but that was not any match for the comeback the Werewolves were able to put together in the fourth quarter.

In the previous week, the Werewolves snagged a dominant victory against the Average Joe’s, so they were eager to keep the win streak alive. They were led by Brian Heston, who dropped 24 points and snatched 18 rebounds for his team while also playing harassing defense throughout, picking up two blocks and three steals. Teammate Gino Forte also picked up 14 points and grabbed four rebounds off the glass. As a team, the Werewolves had a rather rough outing throughout the first three quarters, but come the fourth quarter they outscored the Wild Hogs 22-13 and came out victorious in the end, winning 51-49.

“I’m just out here playing my role,” Allen said after his big shot.

Even though the Wild Hogs were not able to come out on top in the end, there were still some bright spots for their team that they can take into next week. Joey Coro was the leading scorer for the Hogs as he got 17 points along with nine rebounds and four assists. Teammate Mike Bandieri also helped out keeping the Wild Hogs in it throughout scoring 16 points and grabbed eight rebounds as well.