Last two league champs are ready for a rematch 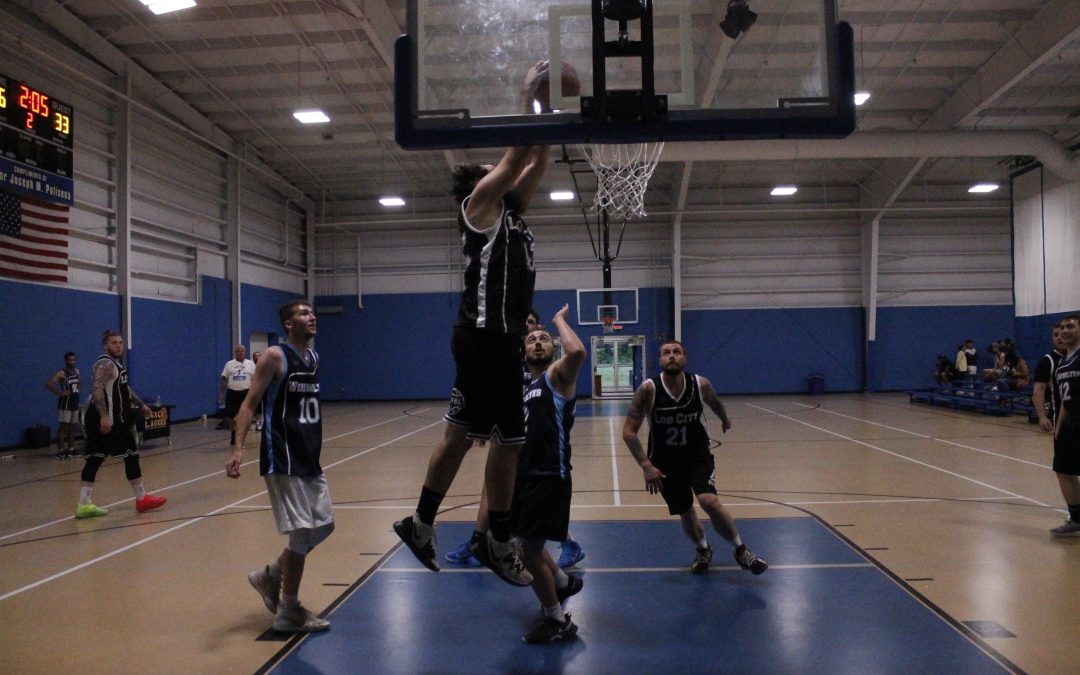 Going into Week 5 of the Summer 22 season, half of the teams in the league have a 2-2 record. Standing above those teams, however, are the only two teams to have ever won the Legacy Leagues Championship in Rhode Island: Lob City and Duje’s Boys.

Lob City took on the Werewolves in Week 4 in a matchup that came down to the wire. Missing some key pieces, Lob City was tasked with taking on the Werewolves with only five of their players and it definitely impacted the game.

“We were definitely tired,” Cody Crawford said. “We were missing four guys tonight, we were playing a lot of hero ball, but once we started moving the ball around and getting stops, we got out on transition and we played our game.”

“We play team basketball and feed off of each others energy which is important,” Crawford said. “We got a lot of guys who can score so we just need to play together.”

Crawford was not wrong there. Lob City had three players score in double digits and no one shot below 33 percent from the field in Week 4. While Crawford had a team-leading 23 points and 12 rebounds, it was Nuri Mahmoud who had a complete game for Lob City scoring 11 points on 57 percent shooting, eight rebounds, four assists, and two blocks.

As for the other undefeated team, Duje’s Boys had their work cut out for them in Week 4 as well.

Taking on Sin City, the Duje’s Boys looked to extend their own winning streak and keep their undefeated record in tact. They came out strong scoring 18 points in the first quarter, but Sin City responded scoring 17 in the second, as did the Duje’s Boys. Led by Tahj Eddington, Sin City came out and had a big third quarter, holding the Duje’s Boys to only five points. In the fourth quarter, the game was tied at 50-50 at one point, but the Duje’s Boys would go on to end the game on a 9-0 run, defeating Sin City, 59-50.

“They were a slow team so our game plan was get out and run,” Vincent Volpe said. “I think (the run to close the game) came down to late game IQ. They got sloppy with the ball, we got a couple steals, and I knocked a couple down in the end. Plus, the free throws at the end were big.”

Volpe, who had 17 points in Week 4, didn’t do it alone, however. Bryan Yarce had 14 points on an effective 46 percent shooting from the field, Zach Tartaglia had 12, and John Coutu added 11 points along with five steals, leading the team.

As for next week, the Duje’s Boys will need to be mentally and physically tough as they take on the defending champs. To say both teams are excited to play each other would be an understatement.

“It should be a tough matchup all the way around,” Thomas said.

“We can’t wait to play the Duje’s Boys again,” Crawford said. “It’s always a great game and it usually comes down to the wire. They’re an experienced team full of great players.

Both teams have proven they have what it takes to make a deep run in the Legacy Leagues playoff and win it all, having each won one of the last two Finals. The Duje’s Boys are looking to regain the crown this season, and are focused on the ultimate prize.

“We understand that the mental battle is 90 percent of the game,” PJ Thomas said. “We have worked on preparing ourselves to being able to keep up physically and mentally. Being mentally tough is a point of emphasis for us.”