Late free throws help Monstars bounce back against The Throne 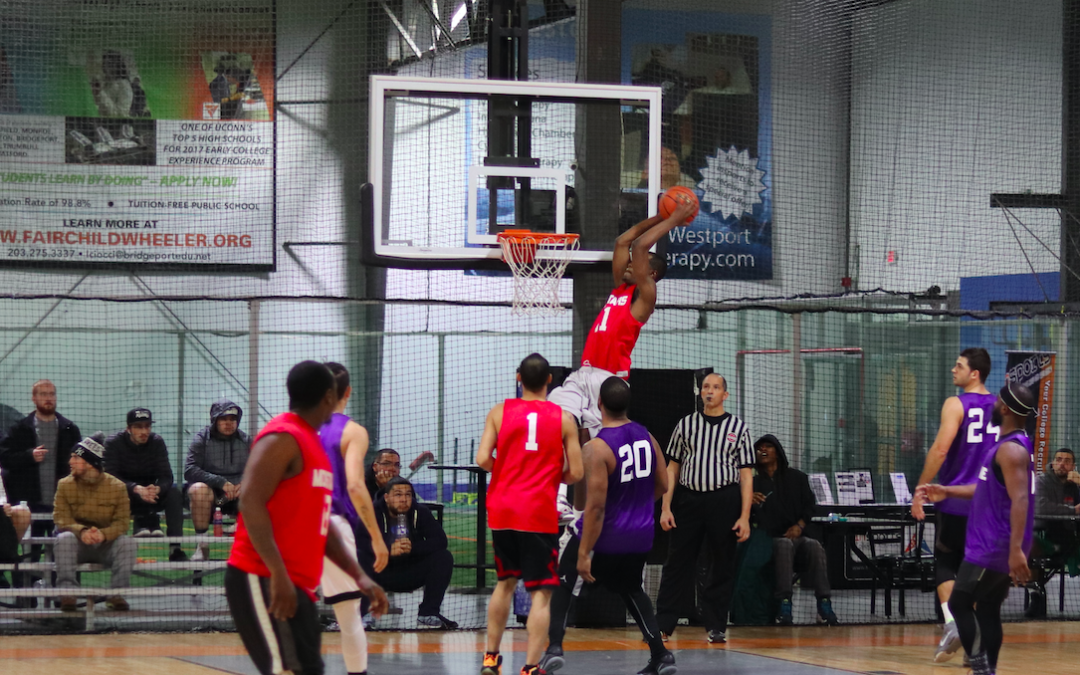 After an unprecedented Week 1 loss for the two-time defending champion Monstars, they once again had their work cut out in a tough Week 2 matchup against The Throne. Fortunately for the reigning champs, they were able to pull out a tough win against an extremely competitive roster, defeating The Throne by a final score of 65-61.

Despite making several changes to the roster in the offseason, the Monstars still came in to the Winter 18 season by bringing back some familiar faces in the names of Reggie Stewart and Kintwon Miles. Together, Stewart and Miles combined for a total of 33 points on 11-for-13 shooting from the field, helping propel their team to the key victory.

“Nobody can run with us if you ask me,” said the Monstars’ Kintwon Miles. “A lot of people doubted us because we lost the Langston brothers, but we got a lot of players on this team.”

Last season, Stewart and Miles played second-fiddles to Greg and Eric Langston in the Monstars offense. However, this season they’re flourishing by serving a primary role for the team. When both are firing at all cylinders, the Monstars are a very difficult team to stop, evident by their outstanding performance on Tuesday night.

For the Throne, they were never able to grasp control of the game, playing from behind throughout a majority of the contest. In the brief moments when they actually held a lead, the Monstars would quickly respond, forcing The Throne to keep pace. Ultimately, the team ran out of gas, sputtering in the final minutes of the game when the Monstars took over.

Joe Baccielo was outstanding once again, but his performance alone was not enough to catapult his team to the victory. Baccielo’s 30 points led the team in scoring by a wide margin, with the next highest scorer on the team only totaling 7 points (Jacobson Jean-Baptiste). If The Throne want to defeat top-tier teams like the Monstars, they will need to find ways to supplement Baccielo’s offensive production with a more balanced offensive approach.

Next week, The Throne will look to bounce back against the Flint Tropics who have established themselves as one of the tougher teams in the league. As for the Monstars, they will look to take advantage of a Goon Squad team that may potentially be without one of their standout players, Scott Corchard, due to an ankle injury suffered during Week 2.

“We just got to play hard defense, hit free throws and we’ll be alright,” said a confident Kintwon Miles.