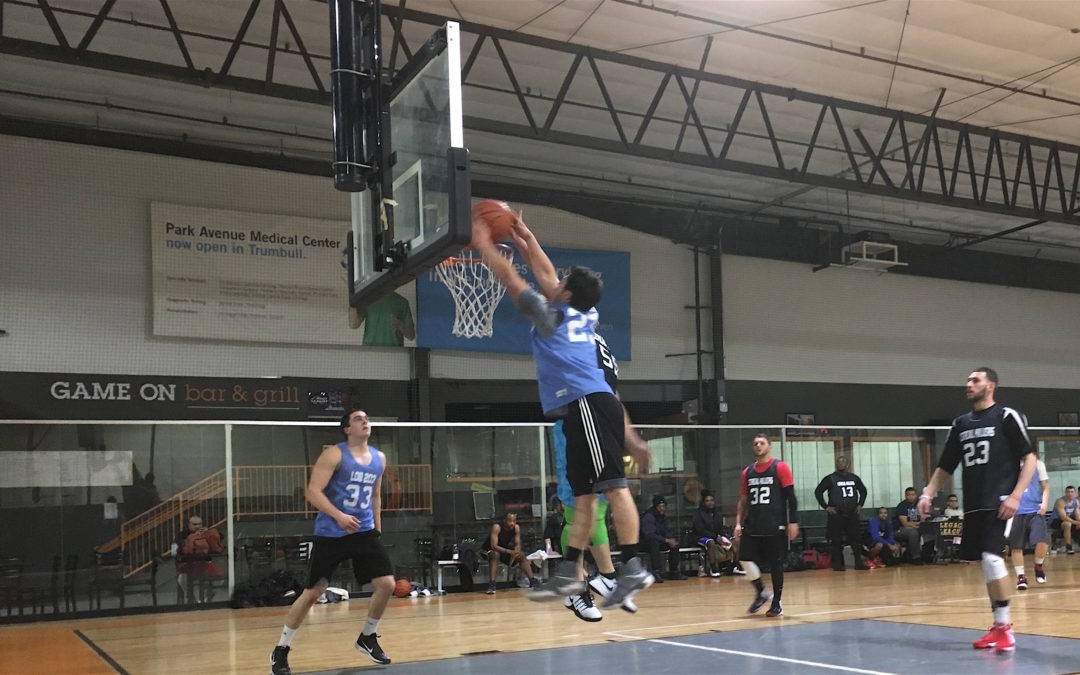 In a game full of back-and-forth, end-to-end fast break action, the Cereal Killers pulled away late to defeat Lob 203, 89-68.  The Cereal Killers out-coached Lob 203 as a key lineup change and defensive adjustment were the catalysts for the win.

“It was our lineups, we had the wrong lineups in,” Cereal Killers’ Tyrhon Coward said.  “We just caught on to what they were doing; they didn’t have many ball-handlers.”

As Coward said, the Cereal Killers probably had the wrong lineups grouped together to start the game, going into halftime losing 36-34.  Mike Davis began playing with Coward’s lineup while Zach Gaffney began to play with Nick Perry’s lineup.  The change paid off as Davis had 11 points and 5 rebounds, while Gaffney added nine points and two steals.

Additionally, the Cereal Killers started to dominate defensively in the second half to add to the turnaround.  They began to trap once the Lob 203 guards passed half, and benefited getting 12 steals and dominating in transition.

Despite the collapse, once again Lob 203 showed flashes of promise.  Andrew Martino was six of eight from downtown for 18 points and Andrew Sampierto added 14 points of his own.

In addition, Lob 203 continued to play inspired and emotional basketball.  Lob 203 has become the tough-luck team of the Winter 2017 season, losing to all winning teams; The Firm, Temptations, No Limit, and now Cereal Killers.

On the other side, Cereal Killers continue their unbeaten season, as Davis continues his undefeated career record in The Legacy Leagues.

“I don’t care about the record,” Coward said.  “We just got to improve every game and have chemistry.”